Powering electronics with your body heat, digitizing a gamer's legacy and a crowdfunded desktop waterjet - minus the fraud.

Batteries, they've just held so much weight in our lives ever since you received a handheld football game from your favorite aunt only to realize that it is garbage because she didn't spring for the AAs.

Well, a new prototype from North Carolina State researchers might help give batteries the boot by harvesting body heat and using it to power wearable electronics.

Wearable thermoelectric generators or TEGs, which generate electricity using the temperature differential between your body and the air, have been made before. But previous designs used heat sinks, which are stiff and bulky, and they could only generate one microwatt per centimeter squared.

The TEGs from NC State don't use a heat sink, so they’re lighter, and they generate up to 20 microwatts per centimeter squared.

The new design has a layer of thermally conductive material that rests on the skin and spreads out the heat. That is topped with a polymer layer that prevents the heat from dissipating through to the outside air, and forces the body heat to pass through a centrally-located TEG that is only one cm2. The entire system is only 2 millimeters thick, and flexible.

The researchers also found that the upper arm was the optimal location for heat harvesting, and even built a TEG into a smart t-shirt that could generate as much as 16 microwatts per centimeter squared when your running.

In the mid-1980s, Stephen Cabrinety began filling his home with video games and software. Possibly the world’s first techno-hoarder, he had 25,000 games, everything from early word processing programs like WordStar to vintage releases of Pong, Doom and SimCity. Piled to his ceilings.

In 1995, when he was 29, he died of Hodgkin's lymphoma, so he would never see what would become of his vast collection, but now thanks to the Stanford University Libraries and the National Institute of Standards and Technology (NIST), his collection has achieved a digital immortality of sorts.

Stanford acquired the collection in 2009, and working with NIST, they have just completed a multi-year effort to rescue the collection's deteriorating digital.

That salvaged data is now archived on servers at the Stanford Digital Repository and has been added to NIST's National Software Reference Library, a resource that supports digital forensic investigations.

You see, NIST maintains this collection not to preserve cultural history, that's where Stanford comes in, but NIST uses it as a forensic tool for law enforcement.

NIST runs every file through a hashing algorithm that generates a unique digital fingerprint and makes them publicly available. They have more than 180 million so far.

According to NIST, when investigators seize a computer as evidence, they use these digital fingerprints to help separate irrelevant files from those that might contain evidence.

This could also me the greatest emulator of all time. If you could go back and play any game, what would it be? Share in the comments section below. Mine would be Trog! on the original NES, or Wetrix on the 64, but I can just go home and play those, because I can’t let anything go.

I understand that Skully, and how the company put a sour crowdfunding taste in many mouths by going bankrupt after spending it’s every dime on cars and hookers, but ... but the Wazer, a new desktop waterjet printer on crowdfunding site Kickstarter, the Wazer looks promising.

You'll need a big desk, as the Wazer is nearly 3-feet wide, a little more than two feet deep, and 21-inches tall, and it weighs 300 pounds fully loaded, but backers were clamoring for this waterjet that cost the first 30 backers only $3,600.

Traditional waterjets can cost up to $100,000, so it's understandable that the company then quickly sold out of its second tier of machines, 120 units offered at $3,999. Once it hits the market, the Wazer will retail for $5,999, which is still an incredible price point. In a little more than a day, the company raised nearly $650,000 from more than 300 backers.

The team met at Penn Engineering where they built custom racecars for the FSAE international competition. The company began as undergraduate research to try and create the first low-cost waterjet prototype. It worked, and when they realized that they were on to something big, the team spun off into a new company.

In 18 months, the team has gone through five generations of prototypes, assembled a team of engineers and spent eight months in Shenzhen, China at the Hax Accelerator, the world’s first and largest hardware accelerator, according to the company.

With 58 days remaining in the campaign, and the hundreds of thousands, if not millions, yet to come, here at IEN we wish them the best of luck in hitting those delivery dates. Just stay away from the sport cars and fast ladies.  For full specs, check out Wazer on Kickstarter, maybe they’ll have a few left for you to grab by the time this airs. 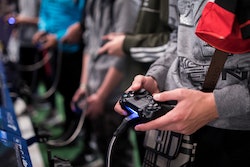 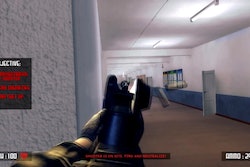 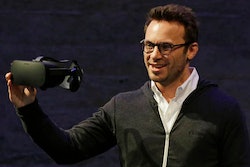