The IDVS packages a smart mobile device and night-vision technology onto a lightweight, hands-free display.

Earlier this week Rockwell Collins unveiled their latest defense-oriented optronics technology in the form of a helmet-mounted Integrated Digital Vision System for the military.

Basically, the IDVS packages a smart mobile device and night-vision technology onto a lightweight, hands-free display.

The company describes the IDVS as the first helmet-mounted display system that fuses real-time, incoming data from various sources with multispectral and night vision sensors to enhance battlefield visuals.

In addition to the constant flow of real-time intel, the display automatically transitions between darker and lighter environments in adjusting the display’s brightness, providing the ability to “see through” visually degraded environments resulting from the time of day, weather or obscurants like smoke.

Speaking as a former infantry soldier, the 24-hour functionality could be a huge benefit as line of sight adjustments and other equipment compatibility issues could be eliminated when switching equipment based on the amount of available daylight.

Some other unique features of the IDVS include the ability to import and export digital data and video via the display’s automated processing interfaces.

Additionally, a wider field of view and transparent optics won’t interfere with the wearer’s peripheral vision. Situational awareness and soldier preservation is also improved by not having to look down to inspect a screen, as the display re-orients based on the wearer’s head position.

The unit is powered by battery packs that enable up to six hours of operation and was designed with an open architecture in welcoming future improvements and technology that could push its capabilities even further. 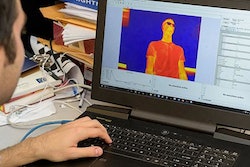 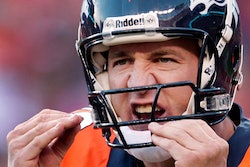