U of Maryland Removes Milk Study After Backlash

Study had "concerning lack of understanding of the basic principles of conflict of interest in research at all levels of the process."

As consumers, we’re consistently faced with the results of self-funded or one sided studies based on research conducted by businesses. Well, this story blurs the line a bit and the results were pretty embarrassing for all parties.

The University of Maryland has disavowed its study that claims a company's chocolate milk could help athletes recover from concussions.

The school began facing backlash when it issued a press release in December saying a preliminary study showed the Maryland-based company Fifth Quarter's milk helped improve the cognitive and motor functions of high school football players, even after suffering concussions.

The study was funded through a university program intended to boost Maryland's economy by partnering local businesses with researchers but, after an internal investigation by the university, it was determined there was a "concerning lack of understanding of the basic principles of conflict of interest in research at all levels of the process.”

In addition to reviewing its internal approval procedures for research, the committee's report recommended that clear distinctions be made between when the university is conducting research, and when it is providing a service to a business or industry. The school returned the $200,000+ that was provided by the company and a co-op of milk producers to conduct the study. 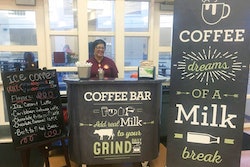 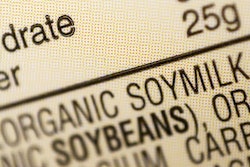