The DoD recently requested funds for jets that the Air Force doesn't want and hasn't purchased in 18 years.

The Department of Defense recently requested $1.2 billion dollars for the purchase of 12 Boeing F-15X Eagle jet fighter planes as part of the 2020 budget. Neither the amount or number of planes is unusual, but the aircraft in question has raised some eyebrows.

That’s because the Air Force hasn’t ordered an F-15 in 18 years, and as recently as last fall indicated that their focus moving forward was on growing their fleet of F-35 Lightning II fighter jets. To explain why those buying the jets and those flying them might have different opinions, let’s first take a look at the F-15X.

From a pilot’s perspective, it has all the bells and whistles, including a flat-panel glass cockpit, helmet-mounted display, fly-by-wire controls, updated radar and satellite communications systems, as well as a next-gen electronic warfare and surveillance suite. It also packs quite a punch, with the ability to carry up to 22 air-to-air missiles, 28 small diameter bombs, or seven 2,000-pound bombs. The aircraft being considered for purchase would most likely go to Air National Guard units, replacing their current F-15s

Now, the F-35 has all the same features and while its offensive capabilities differ from the F-15, it still provides plenty of firepower. One of the biggest benefits of the F-35 is that it was meant to replace a couple of other jets and provide a more uniform fleet for the Air Force – reducing maintenance and part replacement costs.

So why would the DoD push for an aircraft that Air Force Secretary Heather Wilson said her branch had no interest in as recently as last September?

It’s possible that the Pentagon is seeing reports from allies who feel the Eagle is better in combat than the Lightning II. According to reports from Japan and Israel, these countries reportedly favor the F-15 due its maneuverability in one-on-one engagements. This makes sense for a couple of reasons.

First, the F-15 has been around for twice as long as the F-35, meaning it was designed for these Top Gun-like situations. This also means more pilots are more familiar with the F-15. Additionally, the F-35 is outfitted with a number of technologies focused on stealth and speed – meaning it’s focus is simply not to be seen or caught, so these dogfighting capabilities are not a priority.

The budget request was for fiscal year 2020, with the decision seemingly based as much on long-term air defense strategies as short-term cost efficiencies. 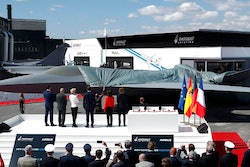 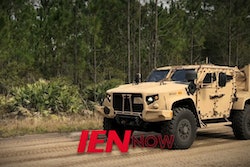