High oil and gas prices, partly due to uncertainty about supplies from Russia, are boosting the profits of major energy companies. 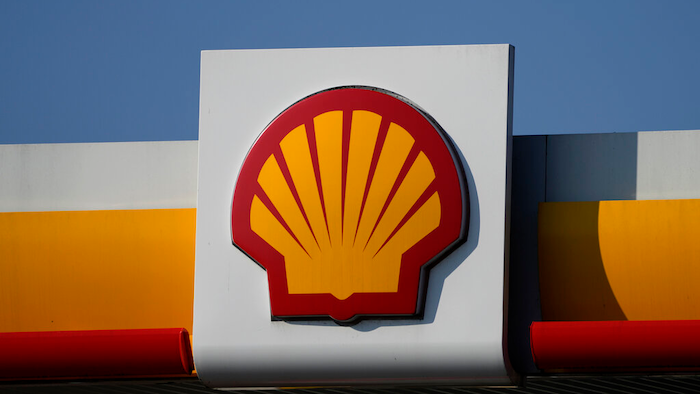 A Shell logo is seen at a petrol station in London, Tuesday, March 8, 2022. Energy giant Shell reported Thursday, May 5, 2022 record first-quarter earnings after a surge in oil prices, fuelling calls for the British government to impose a windfall earnings to assist consumers struggling with the soaring cost of living.
AP Photo/Frank Augstein, File

LONDON (AP) — Energy giant Shell reported record first-quarter earnings after a surge in oil prices, fueling calls for the British government to impose a tax on energy companies’ windfall earnings to help consumers struggling with the soaring cost of living.

London-based Shell said adjusted earnings — which exclude one-time items and fluctuations in the value of inventories — rose to $9.1 billion from $3.2 billion in the same period last year. That beat analyst expectations of $8.2 billion.

High oil and gas prices, partly due to uncertainty about supplies from Russia, are boosting the profits of major energy companies and feeding inflation around the world. In Britain, where households face the biggest drop in living standards on record, that has triggered demands for a special tax on energy company earnings to help consumers.

Prime Minister Boris Johnson on Wednesday rejected calls for a windfall profits tax, saying it would reduce investment in Britain just as the country is trying to diversify its energy industry and increase production from renewable sources. But opposition parties stepped up pressure after Shell’s earnings report.

The government’s “refusal to tax the super-profits of energy companies is completely unforgivable when people are too terrified to heat their homes,” said Ed Davey, leader of the Liberal Democrats. “This one-off levy would raise billions of pounds that could help vulnerable families with their energy bills now. It is a no-brainer.”

Brent crude, a benchmark for global oil prices, averaged $102.23 a barrel during the first quarter, 67% higher than during the same period last year.

The British media is filled with stories about people forced to skip meals or go into debt as they struggle to heat their homes after a 54% increase in household energy prices took effect April 1. Even before those increases, inflation accelerated to a 30-year high of 7% in March.

Shell rival BP on Tuesday reported its highest quarterly profit in more than a decade. The London-based company said adjusted earnings rose to $6.2 billion in the first quarter, from $2.6 billion in the same period last year.

Michael Hewson, chief market analyst at CMC Markets UK, criticized politicians for “grandstanding” with calls for a windfall profits tax, pointing out that Shell last month announced plans to invest 25 billion pounds ($31 billion) in renewable energy in the U.K. BP made a commitment to invest 18 billion pounds in U.K. energy this week.

“That’s a lot more than a windfall tax would raise and would probably be better spent,” Hewson said.

Shell said Thursday that it would take a $3.9 billion charge to cover the cost of exiting investments in Russia, which it pledged to do after the invasion of Ukraine.

First-quarter net income, which includes such one-time items, rose to $7.3 billion from $5.8 billion in the same period last year.

“The war in Ukraine is first and foremost a human tragedy, but it has also caused significant disruption to global energy markets and has shown that secure, reliable and affordable energy simply cannot be taken for granted,” CEO Ben van Beurden said in a statement. “We have been engaging with governments, our customers and suppliers to work through the challenging implications and provide support and solutions where we can.”