Higher freight rates and new contracts led to its "best earnings quarter ever." 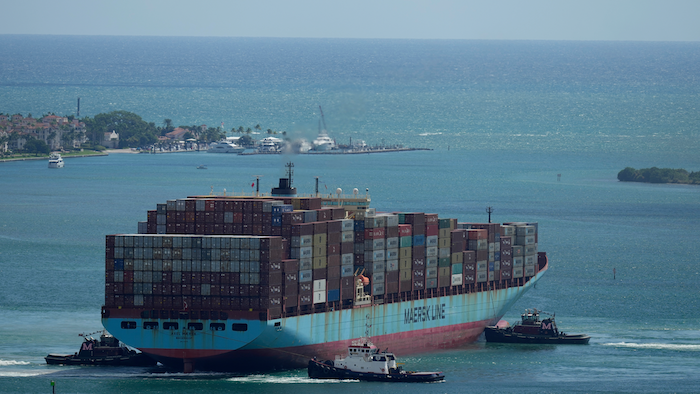 Three tugboats work together to rotate the Axel Maersk container ship as it arrives into port, on Oct. 21, 2021, in Miami.
AP Photo/Rebecca Blackwell

Maersk reported that the financial impact of Russia's war in Ukraine amounted to $718 million in the first quarter. The company, which announced that it was withdrawing from Russia, said it completed its last cargo operation in a Russian port Monday.

It said it has started the process to sell its 30.75% stake in Global Ports Investments, which operates six terminals in Russia and two in Finland.

The company added that its financial performance for the year “depends on several factors and is subject to uncertainties related to the situation in Russia and Ukraine, COVID-19, bunker fuel prices and freight rates, given the uncertain macroeconomic conditions.”

Maersk operates in 130 countries and employs about 95,000 people.