WHO Warns Fears of Omicron Could Spark New Vaccine Hoarding

The U.N. health agency reiterated its advice to governments against the widespread use of boosters. 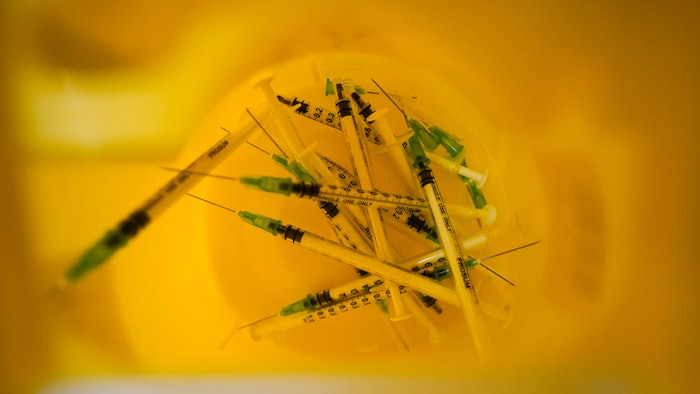 The World Health Organization expressed concerns that rich countries spooked by the emergence of the omicron variant could step up hoarding of COVID-19 vaccines and strain global supplies again.
AP Photo/Alberto Pezzali, File

GENEVA (AP) — The World Health Organization expressed concerns Thursday that rich countries spooked by the emergence of the omicron variant could step up the hoarding of COVID-19 vaccines and strain global supplies again, complicating efforts to stamp out the pandemic.

The U.N. health agency, after a meeting of its expert panel on vaccination, reiterated its advice to governments against the widespread use of boosters in their populations so that well-stocked countries instead can send doses to low-income countries that have largely lacked access to them.

“What is going to shut down disease is for everybody who is especially at risk of disease to become vaccinated,” said Dr. Kate O’Brien, head of WHO’s department of immunization, vaccines and biologicals. “We seem to be taking our eye off that ball in countries.”

Meanwhile, the European Union's drug regulator said Thursday it is closely following the spread of the new variant and whether new vaccines will be required to fight it. Vaccine makers are racing to update their COVID-19 shots against the newest coronavirus threat even before it’s clear a change is needed.

“At this stage, we do not have enough data on the impact of this variant on the effectiveness of the approved vaccines. But we are continuously scanning the horizon to gather evidence in this regard. In any case, we are preparing to take rapid action should the need arise,” Marco Cavaleri, head of biological health threats and vaccines strategy at the European Medicines Agency, said during an online media briefing.

Cavaleri said that the agency expects that “in a matter of three to four months we will be in the position of approving a variant vaccine for omicron.” The time scale is from the start of development until approval, the agency said after the briefing.

Cavaleri also said that the EU agency expects to give the green light to a fifth vaccine for use in the 27-nation bloc before the end of the year, with a decision on a request for authorization of American biotechnology company Novavax's coronavirus vaccine.

Months of short supplies of COVID-19 vaccines have begun to ease over the last two months or so, and doses are finally getting to needier countries — such as through donations and the U.N.-backed COVAX program — and WHO wants that to continue. It has long decried “vaccine inequity” by which most doses have gone to people in rich countries, whose leaders locked down big stockpiles as a precautionary measure.

“As we head into whatever the omicron situation is going to be, there is risk that the global supply is again going to revert to high-income countries hoarding vaccine to protect — in a sense, in excess — their opportunity for vaccination, and a sort of ‘no-regrets’ kind of approach,” O’Brien said.

Some wealthy governments want to leave no stone unturned to get their populations as close to full vaccination as possible. Many questions remain about the severity, transmissibility and resistance to vaccines of the new omicron variant, which emerged last month in southern Africa and has shown early signs of spreading faster than the widespread and deadly delta variant driving the pandemic now.

O'Brien urged a “rational, global perspective” about “what’s actually going to shut down this pandemic.”

“We have the tools at hand, we have the choices we can make, and the next days and weeks are really going to determine what direction the world decides it’s going to go in, on omicron,” she said.

Nevertheless, WHO says individuals in rich countries should follow the policies of their governments, some of which are enticing people to get boosters, which are additional doses aimed to buck up immunity from earlier jabs that wanes over time.

“An individual in a country, their dose is not going to get shipped to another country because they they don’t take the dose,” O'Brien said. "It is country governments, not individuals, who are making decisions that could influence the equitable distribution of vaccines to other countries.”