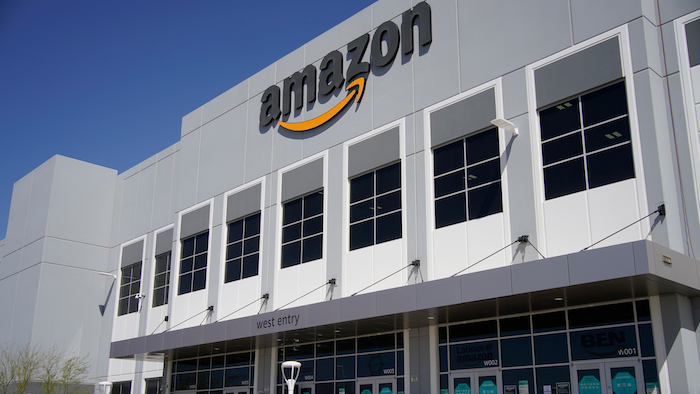 A worker walks out of an Amazon Fulfillment Center, Wednesday, March 31, 2021, in North Las Vegas. Amazon said it will stop testing its workers for COVID-19 at its warehouses at the end of July, citing the availability of vaccines and free testing.
AP Photo/John Locher

Amazon will stop testing workers for COVID-19 at its warehouses at the end of this month, citing the availability of vaccines and free testing.

The company began testing warehouse workers last year when tests were more difficult to secure. Warehouse workers, who were considered essential, packed and shipped orders throughout the pandemic.

Amazon disclosed in October that nearly 20,000 workers, or about 1.4% of its total workforce, had been infected with COVID-19 by that point in 2020.

Vaccines began to roll out about two months later and in May, employees who uploaded a picture of their vaccine cards to an Amazon worker app were allowed to ditch masks in the work place if they chose.

U.S. cases of COVID-19 last week increased by 17,000 nationwide over a 14-day period for the first time since late fall, and an increase in death historically follows a spike in illness. Much of the worsening problem is being driven by the delta variant first identified in India, that has since hit the United Kingdom and other countries, said U.S. Surgeon General Vivek Murthy.

Health officials said Tuesday that the delta variant of the coronavirus continues to surge and accounts for an estimated 83% of U.S. COVID-19 cases.

News that Amazon would stop testing workers was first reported by The Information.