The organization said it was 'literally impossible to price gouge' the N95 masks. 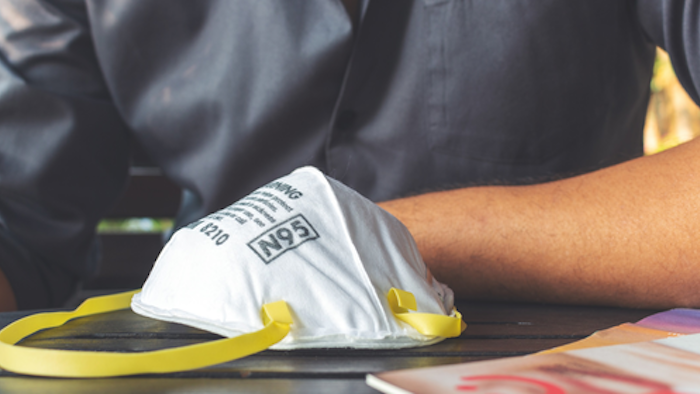 HOUSTON (AP) — The state of Texas sued a Houston auctioneer on Thursday after halting an auction of 750,000 medical-grade and N95 face masks, alleging price gouging in the sale of the masks commonly used by health professionals who are on the front lines battling against the new coronavirus.

The lawsuit filed Thursday by the Texas Attorney General's Office alleges that a Tuesday auction by Auctions Unlimited had bidding on N95 respirator masks reaching as high as $180 for a package of 16 masks. Amazon sold a set of 100 for $4.21 in late January. The lawsuit seeks an injunction against the auctions and civil penalties of up to $10,000 per violation.

It was unclear how many bids were taken on the masks, but Auctions Unlimited owner Tim Worstell denied price gouging.

“It is literally impossible to price gouge using the auction method when ALL bids start at $1,” he said in a statement to The Associated Press.

“The bidders, not Auctions Unlimited, decide the price. We did not, or attempt (to), collect a single penny from the auction as alleged. In fact we stated in the auction that no sales would be final until approved by the attorney general's office," he said.

Medical masks have become so scarce that manufacturers in other industries have begun making them, and some hospital systems have asked volunteers to make masks by hand.

Worstell declined comment on the lawsuit Thursday until he had a chance to review it. Earlier, however, he said the state's halt to the auction left him caught in the middle with 750,000 masks in his warehouse in a legal limbo.

“Even though the price would go up every week that went by, we need to get rid of them, so that people that need them get them,” he said.

Price gouging has become a familiar complaint across the nation and around the world in the face of the coronavirus pandemic. President Donald Trump has signed an executive order that makes it a crime to hoard needed supplies during the emergency.

The winning bids on the lots Tuesday varied, but all went above retail value. For now, Worstell cannot collect money from the buyers for the sellers. The masks can't be given to the winning bidders or anyone else who needs them.

“The people who own these lots are good people and in the past they’ve never made a dime on these auctions,” Worstell said. “They want to help too.” He said that most of his clients unload excess inventory at a loss for auction for tax purposes so that they have a paper trail.