The state is trying to acquire about 1 billion sets of gloves and hundreds of millions of gowns, surgical masks and face shields. 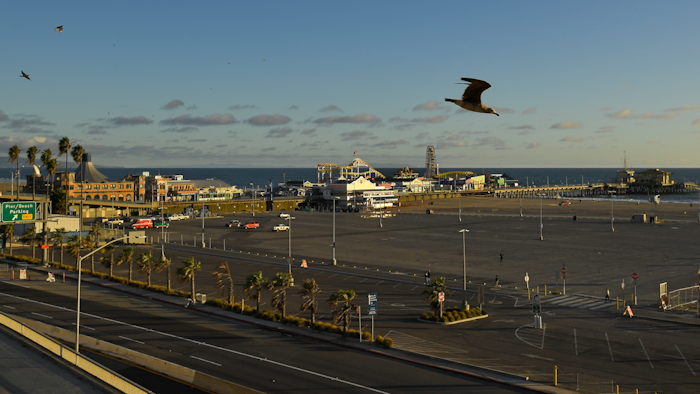 SACRAMENTO, Calif. (AP) — California is scrambling to obtain protective gear for healthcare workers and first responders, reaching out worldwide and working with locals to ratchet up production as the coronavirus pandemic sweeps through the nation's most populous state.

The state is trying to acquire about 1 billion sets of gloves and hundreds of millions of gowns, surgical masks and face shields, Gov. Gavin Newsom said Monday.

“It's going to take an heroic effort" to procure the personal protection equipment, or PPE, needed to prepare for an expected surge in COVID-19 cases, Newsom said.

Among other things, he said the state would charter flights from China with gear and had heard from companies wanting to use 3-D printers to make surgical masks.

The governor also announced he would close parking lots at dozens of beaches and state parks to prevent the spread of coronavirus after large groups flocked to the coast and mountains to get outdoors on the first weekend under the state's stay-at-home order.

Newsom reaffirmed he wants to continue using social pressure, not police enforcement, to get people to maintain safe spacing.

But in Los Angeles County, Sheriff Alex Villanueva criticized how local politicians have gotten the word out about stay-at-home orders. Daily news conferences have lacked a coherent message, he said.

“When I see the same faces and they’re saying a lot but there’s no substance, you eventually become background noise and people just tune you out,” Villanueva said told LA news station KTTV.

Villanueva said he would use his position as the county's Director of Emergency Operations to take over messaging and deliver the directive to stay indoors "with far greater impact.”

There are many restrictions in place on Los Angeles businesses, but those deemed “essential” remain open. The sheriff said he would like to see gun shops shut down.

“We will be closing them, they are not an essential function,” Villanueva said. Adding guns to households where more people are at home during a crisis increases the risk that someone will be shot, he said.

The sheriff's authority to close gun shops is unclear since they are considered essential under the county's “Safer at Home” order, the state Department of Health said in a statement Tuesday.

On Monday, Los Angeles officials announced plans to expand coronavirus testing, promising up to 5,000 tests a day by Friday, significantly ramping up an effort that has lagged nationwide amid the outbreak.

In contrast to President Donald Trump's projection that the crisis and its impact on the economy would last weeks rather than months, Newsom is planning for a 90-day surge of cases. He said new calculations show California, which has 75,000 hospital beds, could need an additional 50,000 beds.

The Democratic governor touted public-private cooperation to bring in medical supplies and open new hospital beds, including a Navy hospital ship destined for Los Angeles and two Army field hospitals opening in Riverside and Santa Clara counties. Six more are planned and the eight field hospitals will be able to serve 2,000 patients.

To address potential staffing shortages, Newsom said he would consider waiving some graduation requirements for fourth-year medical students and nursing students who were doing clinical rotations when the outbreak arrived to more quickly get them into the field. He also suggested retirees might pitch in.

Target is the first major retailer to make the pandemic-era move permanent.
Nov 23rd, 2021
Follow Us
Most Recent