The Universal Product Code transformed industries around the world. 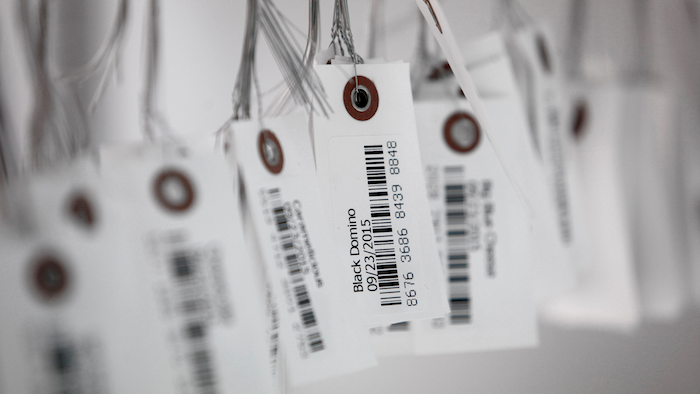 In this Sept. 24, 2015, file photo, tags with bar codes hang at a facility in Flandreau, S.D. George J. Laurer, whose invention of the Universal Product Code at IBM transformed retail and other industries around the world, died Thursday, Dec. 5, 2019, at his home in Wendell, N.C. He was 94.
AP Photo/Jay Pickthorn, File

WENDELL, N.C. (AP) — George J. Laurer, whose invention of the Universal Product Code at IBM transformed retail and other industries around the world, has died. He was 94.

A funeral was held on Monday for Laurer, who died Thursday at his home in Wendell, North Carolina, a suburb of Raleigh. Sean Bannon with Strickland Funeral Home in Wendell said he had no information on Laurer's cause of death.

Laurer was an electrical engineer with IBM in North Carolina's Research Triangle Park in the early 1970s when he spearheaded the development of t he UPC, or bar code.

The now-ubiquitous marking, composed of unique black bars and a 12-digit number, allowed retailers to identify products and their prices as they are scanned, usually at checkout.

Laurer said in a 2010 interview that grocery stores in the 1970s were dealing with soaring costs and the labor-intensive requirements of putting price tags on all of their products. The bar code led to fewer pricing errors and allowed retailers to keep better account of their inventory.

Today, such UPCs are on all kinds of products, services and other items for identification.

“To me, it's just absolutely amazing, because when we were doing this ... I never expected it to be anything like this," Laurer told WRAL-TV in 2010. He later produced a patent for one of the first hand-held scanners for reading bar codes, according to an obituary provided by the funeral home.

A New York native, Laurer served in the Army during World War II and graduated from the University of Maryland in 1951, after which he worked for IBM for over three decades. IBM identified him during the company's 2011 centennial celebration as a contributor to one of the company's 100 iconic moments.

Laurer told WRAL he was still in awe of the invention, which was celebrated on its 25th anniversary at the Smithsonian National Museum of American History.

“ When I watch these clerks zipping the stuff across the scanners and I keep thinking to myself ... ' It can't work that well,'” he said.

He was preceded in death by his wife, Marilyn Slocum Laurer. Survivors include four children, as well as several grandchildren and great-grandchildren.