It was the fastest pace since March, with that gain also driven by a surge in energy prices.

Martin Crutsinger
In this Oct. 15, 2019 photo, Granny Smith apples are floated toward sorters to ready them for shipping in a packing plant in Yakima, WA.
AP Photo/Elaine Thompson, File

The Labor Department said Thursday that the October increase in its producer price index, which measures price pressures before they reach consumers, followed a 0.3% decrease in September.

Core prices, which exclude volatile food and energy costs, rose 0.3% in October. Over the past year, wholesale prices are up a modest 1.1% while core prices have risen 1.6%.

On Wednesday, the government reported that consumer prices rose 0.4% in October, the fastest pace since March, with that gain also driven by a surge in energy prices.

Overall consumer prices have risen 1.8% over the past year, still below the Federal Reserve’s 2% target. Core retail prices increased 2.3%.

The Fed has cut interest rates three times this year, after increasing its key rate four times last year. The turn-about was prompted by a slowing global economy and rising uncertainties from the Trump administration’s trade war with China.

While investors would like to see a fourth rate cut in December, Fed Chairman Jerome Powell told Congress Wednesday that the current level of interest rates was “ likely to remain appropriate ” as long as the economy does not weaken further.

In a separate report Thursday, the government said that the number of Americans filing claims for unemployment benefits shot up by 14,000 last week to 225,000, the highest level since June.

The weekly increase, however, followed a big drop in the previous week. Despite the wide swings, applications for benefits, which are seen as a proxy for layoffs, remain at extremely low levels indicating a strong labor market. The unemployment rate remains near a 50-year low.

Energy prices at the wholesale level rose 2.8% in October, reflecting a big 7.3% jump in gasoline prices, the largest since April, and gains in jet fuel, diesel fuel and electric power.

Food costs at the wholesale level were up 1.3% in October, the biggest rise since a 2.1% increase last December. 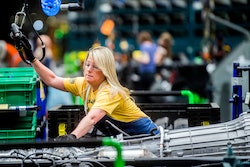 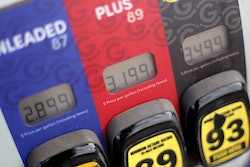 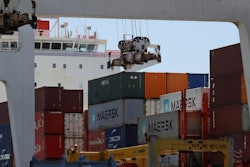