Faced with the shortest holiday shopping season since 2013, retailers are trying to figure out ways to get into the minds of shoppers sooner. 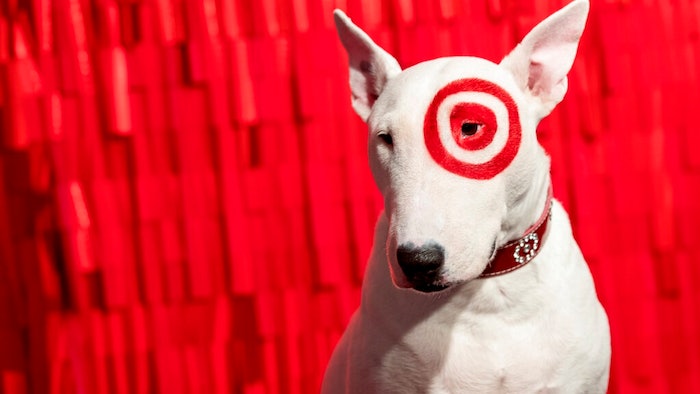 In this Wednesday, Oct. 23, 2019, photo Bullseye, a Miniature Bull Terrier and the official mascot of Target Corporation, poses for a photograph during a Target Holiday Outlook event in New York. Target Corp. says it's spending $50 million more on payroll during the fourth quarter than it did a year ago so that there'll be more workers on hand to help harried shoppers scrambling to get their shopping done in a shorter amount of time.
AP Photo/Mary Altaffer

NEW YORK (AP) — All they want for Christmas is more time.

Faced with the shortest holiday shopping season since 2013, retailers are trying to figure out ways to get into the minds of shoppers sooner.

Walmart, for instance, began offering holiday deals online for toys, TVs and mini trampolines nearly a week before Halloween. And the owner of Zales and Kay Jewelers said it spent more on advertising between August and October.

Target Corp. says it's spending $50 million more on payroll during the fourth quarter than it did a year ago so that there'll be more workers on hand to help harried shoppers scrambling to get their shopping done in a shorter amount of time.

"This is going to be a very compressed holiday season," Target's CEO Brian Cornell told reporters during last week's holiday preview in New York. "We lose one full weekend during the holiday. Every single day counts, from Black Friday to Christmas Eve."

Steve Bratspie, who oversees Walmart's merchandise in the U.S., says shoppers will likely not realize there're fewer shopping days this year until it's too late.

This year, Thanksgiving will land on Nov. 28, the latest possible date it can be. That leaves the holiday shopping season with six fewer days than last year.

Adobe Analytics predicts a loss of $1 billion in revenue from a shortened season. Still, it expects online sales will reach $143.7 billion, up 14.1% from last year's holiday season.

Amazon said it doesn't expect much of an impact.

"The purchases tend to move around," said Amazon Chief Financial Officer Brian Olsavsky, adding that people may buy more later in the season knowing they'll get their gifts delivered quickly.

Jack Kleinhenz, chief economist at trade group National Retail Federation, says he baked the shorter season into his holiday forecast. However, the real drivers of sales, he says, will be the economy and the job market.

NRF predicts a healthy increase of anywhere between 3.8% and 4.2% increase for November and December, above the disappointing 2.1 % gain from a year ago.

The last time the holiday season was cut short, in 2013, sales rose a modest 2.9%, according to NRF's analysis of holiday spending. But Kleinhenz says it's hard to isolate the impact of the shorter season because retailers were hurt by several big factors, including a series of winter storms as well as a government shutdown.

Craig Johnson, president of Customer Growth Partners, a retail consulting group, thinks retailers are using the quirk in the calendar as just another excuse if holiday sales don't live up to expectations.

"We think it is a bogus excuse," Johnson said. "It may have worked in the olden day before the internet."