Protesters Cause Part of Houston Shipping Channel to Close

The Greenpeace USA activists suspended themselves from a bridge ahead of Thursday night's Democratic presidential debate. 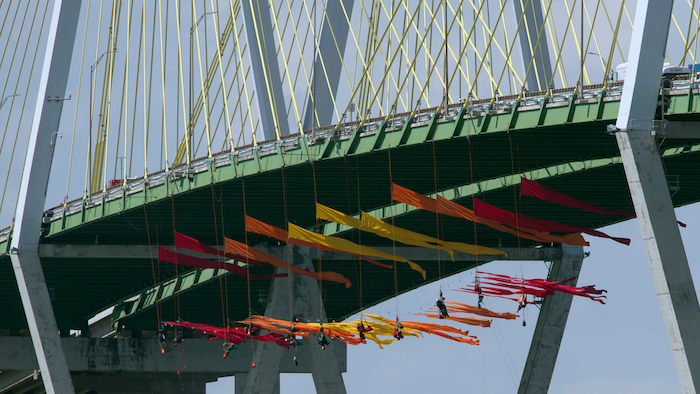 Greenpeace USA protesters dangle from the Fred Hartman Bridge Thursday, September 12, 2019, in Baytown, Texas. A portion of the Houston Ship Channel has closed after about a dozen Greenpeace USA activists protesting the use of fossil fuels suspended themselves from a bridge ahead of a Democratic presidential debate.
Yi-Chin Lee/Houston Chronicle via AP

HOUSTON (AP) — Eleven protesters have been arrested after they rappelled from a busy highway bridge over the Houston Ship Channel, closing the vital artery for hours. The Coast Guard said the closure came after the protesters were spotted Thursday afternoon dangling from the Fred Hartman Bridge near Baytown, Texas.

The demonstrators were Greenpeace USA activists protesting the use of fossil fuels. They suspended themselves from a bridge ahead of Thursday night's Democratic presidential debate in Houston.

Firefighters rappelled to the protesters Thursday evening and lowered them to boats below. Harris County Sheriff Ed Gonzalez says 12 activists serving as spotters on the bridge also were arrested. The Port of Houston, located along the ship channel, is home to the largest petrochemical complex in the U.S.

Recent advancements have brought intelligent inventory management to all manufacturers, regardless of size, allowing for more to realize the inherent efficiencies.
Sep 3rd, 2021 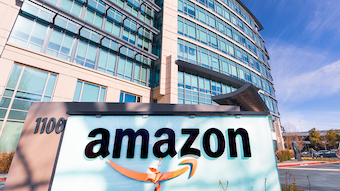 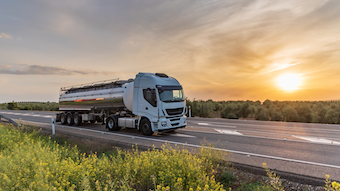 Pandemic or Not, Custom Logistics Software Can Be Critical

How Liquid Freight switched from off-the-shelf TMS to custom software with surprising success.
Aug 30th, 2021
Follow Us
Most Recent