Some of the hardest-hit have little business, if any, in China but remain vulnerable to the consequences of a trade war. Machine makers could be the exception. 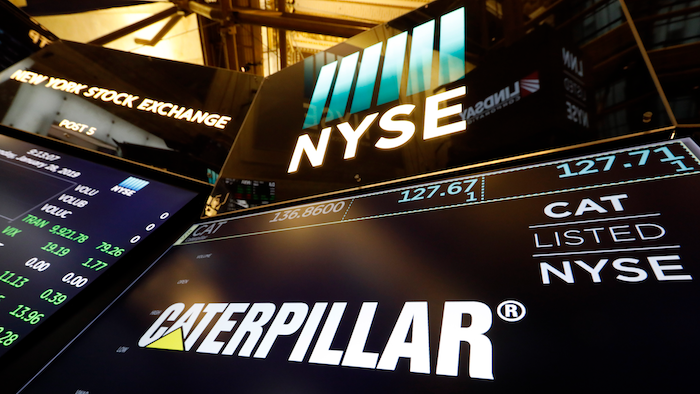 NEW YORK (AP) — Looking across the stock market, it's hard to find a company that isn't vulnerable in some degree to the U.S.-China trade war.

Stocks of companies that do lots of business with China, such as chipmakers and other technology companies, are obvious candidates for investors to sell when trade worries rise. They have fallen more than the rest of the market whenever President Donald Trump sends out a tweet or speaks about tariffs.

But investors are also looking beyond these first-order effects as they pick out which stocks look susceptible to the trade war. Those picks now include many companies that have no significant ties to China but are still at risk. That's why all but two percent of the stocks in the S&P 500 fell on August 5, when worries ratcheted higher after China let its currency devalue to its lowest level in a decade.

The damage has been widespread since Trump shocked investors on August 1 by saying he planned soon to extend tariffs across virtually all Chinese imports.

The latest tariffs cover about $300 million of Chinese goods, many of them consumer products that were exempt from early rounds of taxes. Even though Trump has delayed some of the tariffs, they will ultimately raise costs for U.S. companies bringing goods in from China. Those companies will then have to either pass higher prices on to their customers or give up some of their profits. That's a big deal for investors because a stock's price tends to track the path of its earnings over the long term.

One concern is that all the uncertainty on trade will lead businesses and shoppers to hold off on spending in hopes of waiting out the tumult. Businesses say they have seen inklings of such behavior, which, if it accelerates, could lead to a self-fulfilling cycle where weaker sales for companies push them to cut back on hiring. That could lead in turn to even weaker spending and do more damage to the economy. That's trouble for most companies, to some degree.

It's also why some of the hardest-hit stocks in recent weeks have little business, if any, in China but remain vulnerable to the consequences of the trade war. Among the losers in the dispute:

Since Trump initiated the trade war with China in 2018, the reaction in the market has been to sell big industrial companies whenever tensions rise. The temptation makes sense given how global the companies are, but it may be misguided, said Stephen Volkmann, an equity analyst at Jefferies who covers machinery and industrial companies.

"Every time there's a tweet, I get a call and asked, 'How does this affect CAT?'" Volkmann said, using the ticker symbol for heavy equipment maker Caterpillar. "CAT tends to make what they sell where they sell it."

That means many of its products do not have to cross borders before they are sold, which offers some insulation from the effect of tariffs. Other industrial companies have also already absorbed tariffs and successfully passed the costs on to their customers. But "it's a little like shouting in the wind to get anyone to care," Volkmann said.

When asked if any of the industrial companies he follows is much more vulnerable than others because of this next round of tariffs, he struggles to name one in particular. "The most important part is: Do we enter a recession because of them?" he said. "If that's true, that's true for all my companies."

Energy stocks in the S&P 500 have plunged 10.2 percent since just before Trump sent his August 1 tweet, the worst decline of the 11 sectors that make up the index. National Oilwell Varco, for example, is based in Houston and gets most of its revenue from supplying drilling and other technologies in the United States, Saudi Arabia, Brazil and Norway. But its stock has plunged nearly 22 percent, seven times the loss of the overall S&P 500.

That's in large part because the price of oil has sunk on worries that the trade war will do lasting damage to the global economy. If that happens, countries around the world will have less need to burn oil. The price of benchmark U.S. crude plunged nearly eight percent on August 1, its worst day in 4½ years.

Financial stocks have been the second-worst performing sector in the S&P 500 in recent weeks as the prospect of less-profitable lending threatens banks' profits. Comerica, for instance, has been sucked into an industry-wide downdraft. It is based in Dallas and has bank branches mostly in Arizona, California, Florida, Texas and Michigan. It has some businesses operating outside the country, but in Canada and Mexico, not China. Its stock has sunk 16.2 percent during the recent pick-up in trade tensions.

The escalation in the trade war has led a growing number of economists and analysts to warn about a possible recession. And those concerns have spread to the bond market, where interest rates have sunk sharply.

The market for interest rates has gone so haywire this month because of worries about a possible recession that long-term Treasury yields in some cases are lower than short-term yields. That's trouble for an industry that relies on borrowing money at short-term rates, lending it out at long-term rates and pocketing the difference.

Companies that make microchips that go into laptops and other electronics have been some of the trade war's biggest victims because of how dependent they are on China. Consider Micron Technology, which got more than 57 percent of all its sales from China in its last fiscal year. Not only that, it needs China for rare earth minerals found there, and it also has significant manufacturing operations in the country.

Micron sank 2.9 percent on August 1, when Trump announced he would extend tariffs to products that include laptops and mobile phones. That was more than triple the S&P 500's loss. Since Trump's 2018 tweet that "trade wars are good, and easy to win," Micron is down 8.5 percent, while the S&P 500 is up 7.9 percent. 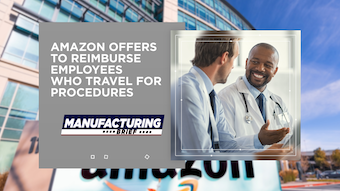