Alaska's Oil Money Headaches: 'We Did This to Ourselves'

The state has struggled with a budget dilemma linked to its uneasy reliance on oil. 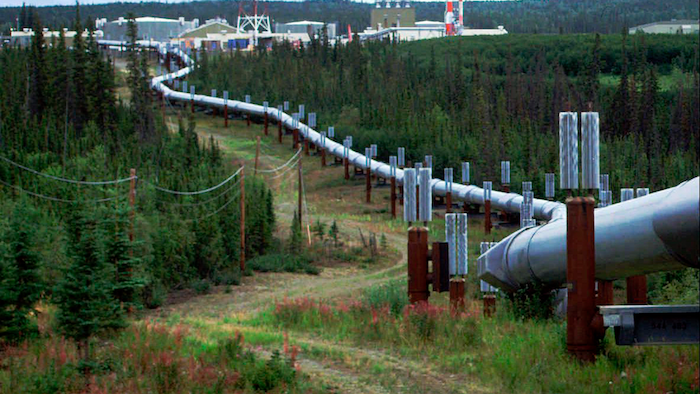 JUNEAU, Alaska (AP) — Daniel Bowen came to Alaska in 2011, looking for adventure and opportunity. He and his wife eventually settled on the Kenai Peninsula south of Anchorage, a salmon fishing haven calling itself "Alaska's Playground."

But the Bowens, both teachers, recently returned to their native Michigan. After years of stress over delayed state budgets, their breaking point, he said, was Governor Mike Dunleavy's proposed reductions to K-12 spending and health and social service programs. "We started to realize that Alaska isn't turning out to be where we want to raise our kids," Daniel Bowen said, adding later: "As much as we loved Alaska, we can only take so much, we can only take so much uncertainty."

The state has been roiled by a budget dilemma linked to its uneasy reliance on oil, bringing a reckoning that has scrambled traditional political alliances. For decades, Alaska binged on infrastructure and community projects when oil prices were high and cut spending and closed facilities when they weren't. This time, prices haven't boomed and after years of drawing down savings and cutting expenses, state leaders face tough decisions.

The situation has politicians debating changes to the annual dividend paid to residents from Alaska's nest-egg oil-wealth fund. The checks, seen by many as an entitlement, once were considered almost untouchable. But the budget reality, and differences over taxes and spending, has politicians and residents choosing between the size of the prized checks and public services many expect.

The anxiety is tied to persistent low-to-middling North Slope oil prices. Prices topping $100 a barrel in 2014 went into a free-fall that worsened a budget deficit now in its eighth year. State revenue officials believe prices in the $60 a barrel range to be realistic long-term.

This year, an average of about 508,000 barrels of oil a day has coursed through the 800-mile trans-Alaska pipeline, according to the pipeline operator. On the pipeline's peak day in 1988, 20 years after oil was discovered at Prudhoe Bay, 2.1 million barrels flowed.

"Alaska needs to think about the new world we have today," said Cliff Groh, a longtime political observer, adding later: "The cavalry" of high prices and booming production "does not seem to be coming."

Oil has been the economic lifeblood of Alaska, whose population of about 735,000 is less than Seattle's. A 1969 oil and gas lease sale was a game-changer, said Eric Wohlforth, a state revenue commissioner in the early '70s and a former Alaska Permanent Fund Corp. board trustee. "Suddenly we were a place that the bankers looked on with envy rather than just the poor supplicant," he said. The sale reaped $900 million that went toward infrastructure and other needs but was pretty well spent around the time the pipeline came online in 1977, he said.

In 1976, voters approved creating the Alaska Permanent Fund and dedicating a portion of mineral wealth to it. The fund, grown through investments, was valued as of June at $66 billion, with the earnings reserve portion valued at $18 billion.

The fund's principal is constitutionally protected but its earnings are spendable. Lawmakers had long limited use of earnings to such things as fortifying the fund and paying dividends based on an average of fund income over five years. But last year, after going through billions of dollars in savings and at odds over taxes and further budget cuts, lawmakers began using earnings to help pay for government and sought to restrict what could be withdrawn for dividends and government.

Alaska has no state sales or personal income taxes.

He has indicated willingness to discuss formula changes but insisted on a public vote. He said Alaskans didn't mind the size of their checks until politicians began tinkering. Checks in recent years ranged from $878 in 2012 to $2,072 in 2015, the year before they were capped.

The Legislature, with a bipartisan House majority and GOP-led Senate, want Dunleavy to consider a roughly $1,600 check this year. Many lawmakers say the formula is unsustainable and have balked at violating the draw rate and setting a precedent of dipping deeper into the reserve.

Higher-than-expected draws could reduce what's available in earnings and at some point put pressure on the corporation to change its strategies to churn more money into the earnings reserve account, said Angela Rodell, the corporation's CEO. Carl Davis, research director with the Washington, D.C.-based Institute on Taxation and Economic Policy, said cutting the dividend is regressive, hitting lower-income families particularly hard. He sees no conflict between paying a dividend and taxing residents.

While some Democrats want to debate oil taxes and whether companies are paying enough, Dunleavy has focused on cutting a budget he considers unsustainable. There would not be an "honest discussion" about spending if tax bills also were being introduced, said Dunleavy's revenue commissioner, Bruce Tangeman.

Dunleavy vetoed more than $400 million, riling critics who say it's too much, too fast and prompting public outrage that is fueling a recall attempt. The Board of Regents, facing a potential 40 percent cut in state support for the university system, has taken initial steps toward consolidating its three accredited campuses into one.

Lawmakers, unable to reach the higher threshold required to override Dunleavy's vetoes, passed legislation seeking to reverse many of the cuts. Dunleavy has the option of cutting again. Larry Persily, a former deputy revenue commissioner, said the choices are painful.