Apple recently sent a letter to the Trump administration warning that the U.S. economy and its ability to compete will hurt if its products are hit with the tariffs. 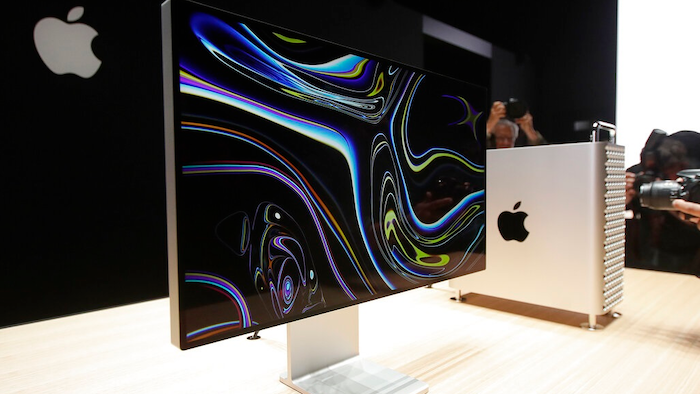 In this June 3, 2019, file photo a monitor of the Mac Pro is shown in the display room at the Apple Worldwide Developers Conference in San Jose, Calif. President Donald Trump is vowing to slap tariffs on Apple’s Mac Pros if the company shifts production of the computer from Texas to China. The pledge made in a Friday, Jul 26, tweet rebuffs Apple’s attempt to shield its products from taxes being imposed on goods made in China as part of Trump administration’s trade war with the world’s most populous country.
AP Photo/Jeff Chiu, File

SAN FRANCISCO (AP) — President Donald Trump has vowed to slap tariffs on Apple's Mac Pros if the company shifts production of the computer from Texas to China.

The pledge made in a Friday tweet rebuffs Apple's attempt to shield its products from taxes being imposed on goods made in China as part of Trump administration's trade war with the world's most populous country.

Apple recently sent a letter to the Trump administration warning that the U.S. economy and its ability to compete will hurt if its products are hit with the tariffs.

The Cupertino, California, company has been assembling its Mac Pros in Austin, Texas since 2013, but a report surfaced last month that Apple plans to shift production to a factory near Shanghai.

Apple is reportedly moving Mac Pro production because it is having trouble finding enough skilled labor to assemble the computer in Texas.

Apple didn't immediately respond to a request for comment Friday, but has previously said the Mac Pro will continue to be designed and engineered in California. The company hasn't said where the computer will be assembled in the future though. Trump demanded in his tweet that they continue to be made in the U.S if Apple doesn't want to be exposed to a 25% tariff on electronics made in China.

Just hours later, Trump once again asserted the U.S. should have first dibs over the companies headquartered here. In a tweet, he vowed to retaliate against France for the new digital tax the country is imposing on big tech companies that sell online advertising.

If anyone taxes the companies, Trump wrote in a tweet , it should be the U.S. He stuck in a dig about French wine, writing "I've always said American wine is better than French wine!"

Investors appeared unfazed by Trump's sparring with one of the world's biggest and most powerful companies. Apple's stock edged up $1.22 to $208.24 in Friday's midday trading.

The reaction probably would have been different had Trump made it clear that the tariffs will be applied to Apple's top-selling product, the iPhone, which has long been assembled in China. Mac computers, on the other hand, now represent a relatively small part of Apple's business, unlike the company's early years when the computers were its marquee products.

Mac computers held a 6% share of the worldwide personal computer market during the second quarter of this year, ranking well behind China's Lenovo as well as HP and Dell in the U.S., according to the research firm Gartner Inc.