Trump said China had agreed to buy more U.S. agricultural products as part of a cease-fire in the two countries' trade war. 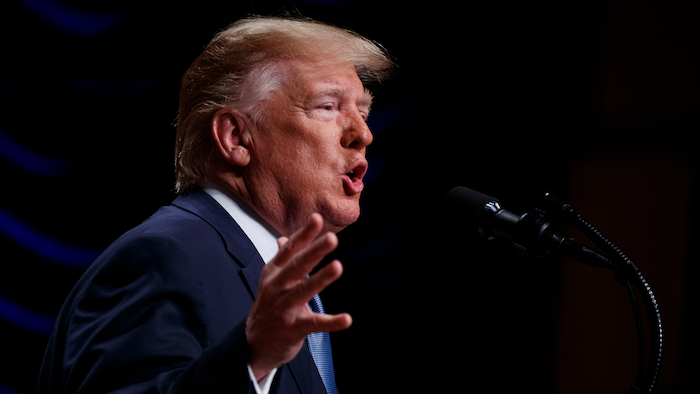 WASHINGTON (AP) — President Donald Trump accused China of "letting us down" by not promptly buying more U.S. farm products. "They have not been buying the agricultural products from our great Farmers that they said they would," the president said on Twitter. "Hopefully, they will start soon."

After meeting with President Xi Jinping late last month, Trump said China had agreed to buy more U.S. agricultural products as part of a cease-fire in the two countries' trade war. The truce suspended U.S. plans to impose tariffs on an additional $300 billion in Chinese goods — action that would have extended the taxes to everything China ships to America.

The United States and China are sparring over the Trump administration's allegations that Beijing is using predatory tactics — including stealing sensitive technology and forcing U.S. firms to hand over trade secrets — to try to supplant American technological supremacy. Trump has imposed 25 percent tariffs on $250 billion in Chinese imports. Beijing has counterpunched by taxing $110 billion in U.S. goods, specifically targeting U.S. farm products produced by many Trump supporters in the U.S. heartland.

The administration has rolled out $27 billion in aid to farmers to ease the pain.

Trump and Xi agreed to restart negotiations that had broken down in May after 11 rounds of talks. So far, the two countries' top envoys have spoken by phone but haven't announced plans to resume face-to-face talks. In addition to opposing sharp-elbowed Chinese tech policies, the United States wants Beijing to buy more U.S. products and to narrow America's trade deficit with China — a record $381 billion last year.

Last month, a former Chinese diplomat, Zhao Weiping, told reporters in New York that the United States was asking "us to purchase more than we can buy." He added, "You have to be realistic."