Some say Amazon is abusing its position to the detriment of sellers who use its "marketplace" platform. 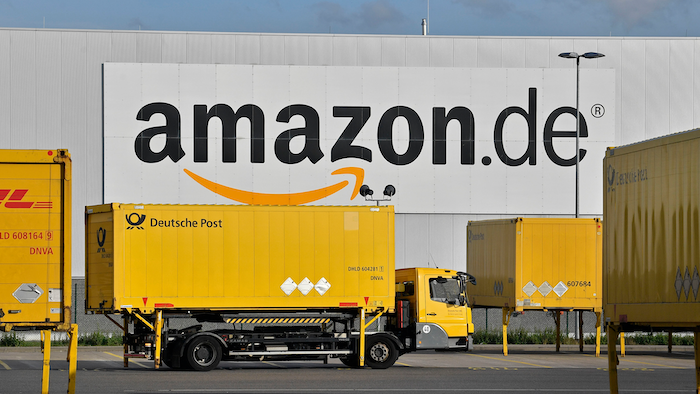 In this file photo dated Wednesday, Nov. 14, 2018, post trucks leaves the Amazon Logistic Center in Rheinberg, Germany. Germany's antitrust agency said Thursday Nov. 29, 2018, it has begun an investigation into online retailer Amazon over complaints that it's abusing its dominant position to the detriment of other sellers using its platform.
AP Photo/Martin Meissner

BERLIN (AP) — Germany's antitrust agency said Thursday it has begun an investigation of online retailer Amazon over complaints it's abusing its position to the detriment of sellers who use its "marketplace" platform.

The Federal Cartel Office, or Bundeskartellamt, said Amazon's "double role as the largest retailer and largest marketplace has the potential to hinder other sellers on its platform."

"Because of the many complaints we have received we will examine whether Amazon is abusing its market position to the detriment of sellers active on its marketplace," said agency head Andreas Mundt. "We will scrutinize its terms of business and practices toward sellers."

The German investigation will "supplement" an ongoing European Commission investigation into Amazon's use of data to the possible disadvantage of marketplace sellers, with a focus strictly on terms of business and practices toward sellers on its German Amazon marketplace, the office said.

Amazon said it could not comment on ongoing proceedings.

"However, we will cooperate fully with the Bundeskartellamt and continue working hard to support small and medium-sized businesses and help them grow," the company said.