U.S. Criticizes EU for Moving Too Slowly in Trade Talks

Lorne Cook
In this Wednesday, July 25, 2018 file photo, Commerce Secretary Wilbur Ross stands in the Rose Garden of the White House, in Washington. U.S. Secretary of Commerce Wilbur Ross is criticizing the EU for moving too slowly in trade talks. “We really need tangible progress. The president’s patience is not unlimited,” Ross told reporters in Brussels, a day after talks with EU Trade Commissioner Cecilia Malmstrom on Tuesday, Oct. 16.
AP Photo/Alex Brandon, file

BRUSSELS (AP) — U.S. Secretary of Commerce Wilbur Ross on Wednesday criticized the European Union for moving too slowly in trade talks and warned that President Donald Trump's patience with the Europeans might soon run out.

"We really need tangible progress. The president's patience is not unlimited," Ross told reporters in Brussels, a day after talks with EU Trade Commissioner Cecilia Malmstrom.

"This is not meant to be a five-year project. This is meant to be something that was to move quickly and in a cooperative fashion," he said.

Trump imposed tariffs of 25 percent on steel imports and 10 percent on imported aluminum from the EU on June 1. He said the move was to protect U.S. national security interests, but the Europeans claim it is simply protectionism and breaks global trade rules.

The EU introduced "rebalancing" tariffs on about 2.8 billion euros worth ($3.4 billion) of U.S. steel, agricultural and other products.

Trump has held out the threat of slapping auto tariffs on European cars should the trade talks fail to progress.

Earlier, Malmstrom described her meeting with Ross on Tuesday as "a general stock-taking exercise." She said the Commission has repeatedly asked its U.S. counterparts to start a "scoping exercise on a limited agreement focused on industrial goods on tariffs. So far, the U.S. has not shown any big interest there, so the ball is in their court."

Malmstrom said she would also need to request a mandate from EU member states before any trade negotiations could get underway.

"It implies that the U.S. has been the one that is slowing things down. That's simply inaccurate," he said.

Malmstrom has said future trade talks could lead to a "limited trade agreement focused on tariffs on goods only."

She has warned that the EU would break off any negotiations if the U.S. imposes auto tariffs. 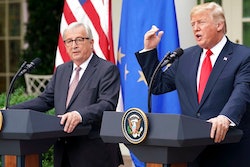 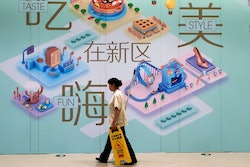 EU to China: Open Economy Fast or Else 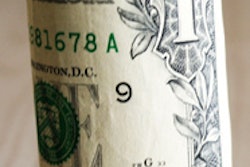