For the first time in three years the price of used sedans has consistently risen, driven by demand from buyers who can't afford SUVs. 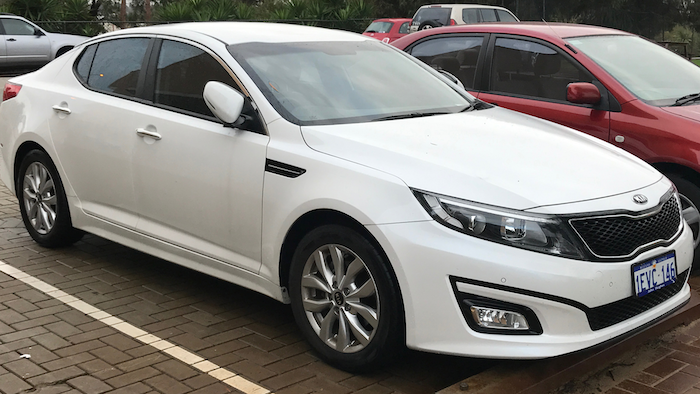 CARLETON, Mich. (AP) — Late in the spring, Bob Castaldi started checking used car prices online, wondering if it would be a good time to sell his family's loaded-out 2014 Honda Civic. Each month, the retiree from suburban Phoenix, Arizona, kept seeing the suggested retail price go up, rising a total of $700 to $900 depending on where the car would be sold. Last week, Castaldi figured the circumstances were right to list the car with just over 30,000 miles on it, and he put it on sale for $16,785.

What Castaldi found is evidence of a broader change in the car business: For the first time in three years, the price of used sedans has consistently risen, driven by demand from buyers who can't afford to join the seemingly never-ending U.S. SUV boom. "I was surprised to see that it had gone up," said Castaldi, who has had inquiries but no offers yet.

Used vehicles usually lose one percent of their value per month as they accumulate miles and due to normal wear and tear. Under normal circumstances they only appreciate in the spring when demand is high, at the height of tax refund season, Smoke said.

Over roughly the past three months, used vehicle prices rose on average by 2.3 percent when they normally would have fallen by 2.8 percent, for a swing in value of over five percent, he said. All segments appreciated, but compact and midsize cars were the most pronounced, according to Smoke.

The average price of a new vehicle in the U.S. has climbed steadily since the Great Recession to $35,990 today, up 3 percent over a year ago, according to Kelley Blue Book. That's out of reach of many buyers, analysts and dealers say. But the average four-year-old midsize car costs just $13,100, even though it's up eight percent this year, according to Black Book, which tracks used sales and values. Compact car prices also are up eight percent to $11,650.

SUVs still cost more but prices haven't jumped as much. A four-year-old compact SUV now goes for $15,950, up five percent. "The demand is up on most everything and the supply is down," said Jeff Wichman, who buys vehicles for several dealers in the Lansing, Michigan, area. He was among hundreds of dealers and representatives looking for used vehicles at the big Manheim auction in Carleton, Michigan, near Detroit last week. He says cars are hard to come by, especially the Cadillacs he was trying to find for his clients.

The unexpected demand is coming from "value-conscious consumers" who can't afford a new vehicle and may even be priced out of the used SUV market, said Anil Goyal, executive vice president of operations at Black Book.

"It's more for transportation need rather than a custom need when you're looking for an SUV," Goyal said. The shift toward used cars is helping to push down new vehicle sales in the U.S. So far this year they're off about 1 percent from last year.

Scott Fink, who runs Hyundai and Chevrolet dealerships in the Tampa, Fla., area, is seeing more people in his region go for used sedans or smaller new cars. The New Port Ritchey area, where the Hyundai dealership is located, has many middle-class retirees on fixed incomes who need to replace vehicles. They'll buy new compact Hyundai Elantras, which Hyundai is discounting, or they look at leasing or stretching out payments for as long as seven years, he said.

Another factor in the rising prices is that even buyers who could afford new vehicles or used SUVs are going for bargains on used sedans because they come with many of the same the bells and whistles. Thousands of well-equipped cars are coming back into the market from three-year leases taken out in 2015, still at relatively low prices, Goyal said.

In 2015, cars accounted for just over 44 percent of U.S. new vehicle sales, but that shrank to 29 percent in August as the shift toward trucks and SUVs continues. Goyal believes the trend is unique to used cars and he doesn't see a resurgence in demand for new sedans anytime soon.

And even the increase in used sedan prices may not last. Smoke says prices recently are starting to level off and even fall slightly, but they still aren't depreciating like they had been.