Troy Roberts explains why he thinks his contract manufacturing company "will disappear." 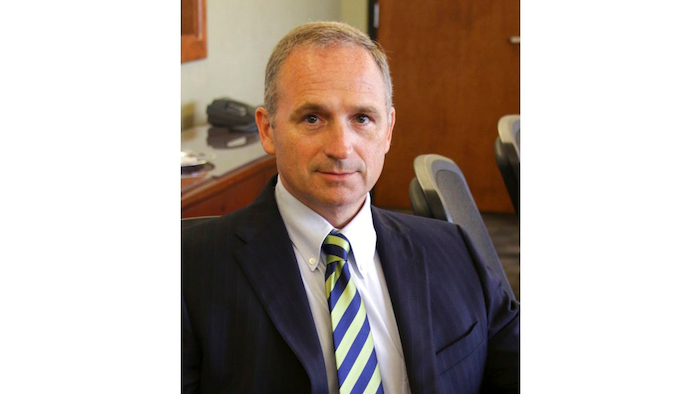 WASHINGTON (AP) — Troy Roberts has been at ground zero for the trade war being waged by President Donald Trump. And he worries that American companies like his will get hurt.

Roberts is CEO of Qualtek Manufacturing, which employs 74 people at a plant in Colorado Springs, Colorado, producing specialty metal parts for medical equipment. The cost of the steel and aluminum he uses jumped after Trump announced his intention in March to impose a 25 percent tariff on steel imports and a 10 percent tariff on aluminum imports.

The Associated Press spoke recently with Roberts about the impact of the administration's trade policies.

How has your company been affected by the president's decision to levy tariffs on steel and aluminum imports?

Our primary raw materials are stainless steel and aluminum. Prices have increased over 30 percent. Our supply comes from U.S. mills. It is not foreign purchases. But the higher tariffs imposed on foreign steel and aluminum have allowed U.S. producers to significantly increase their prices.

Have these higher prices hurt your business?

We are contract manufacturers, so we already had a lot of pre-tariff material to fulfill our existing contracts. But as these contracts come up for renewal, it will be very problematic because we do not believe our customers will accept these kinds of price increases. Our customers can go elsewhere.

What kind of impact are we talking about?

If we had to pay the higher materials prices for our existing contracts, it would have added $300,000 to the cost of our products. That hasn't hit us yet because we are still filling existing contracts, but those higher prices will start to hit in the next six months.

Can your competitors avoid higher prices by moving production abroad?

Yes. They can move their operations to countries like Mexico or Canada. They don't have to move far.

What have members of Congress told you?

The biggest misconception is that they thought this would just increase the price of foreign steel and aluminum. But these tariffs allow U.S. producers to raise their prices.

How do you think this trade dispute will end?

The longer this trade war goes on, I believe it will lead to a permanent loss of markets for U.S. companies and the jobs that go with them. A lot of my competitors who have operations in Mexico or other countries are already getting pressure from their customers to move their production.

Larger companies have room to maneuver. But a small company like ours — we are getting squeezed between our customers and foreign competition. We will disappear.