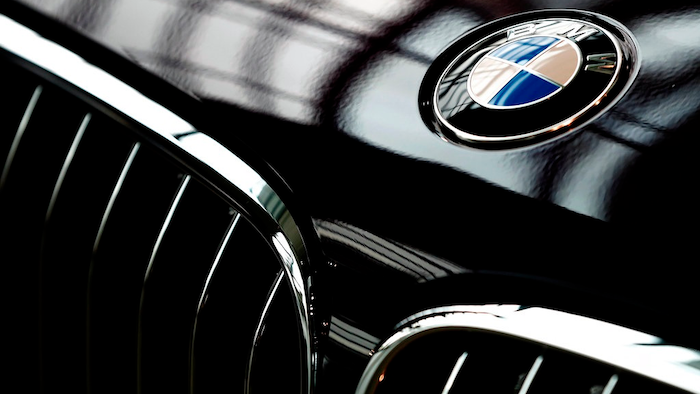 In this Wednesday, March 21, 2018 file photo the logo of German car manufacturer BMW is pictured in Munich, Germany. Automaker BMW said Monday July 9, 2018, it will have to raise prices on the U.S.-built SUVs it sells in China due to 40 percent import tax on cars from the United States, in retaliation for higher tariffs on Chinese goods imposed by President Donald Trump.
AP Photo/Matthias Schrader, file

BEIJING (AP) — European companies that export from China are changing the global flow of their goods to avoid higher American tariffs, a business group said Tuesday, as the impact of the U.S.-Chinese trade war spreads.

Tariff hikes are "hitting immediately the bottom line" of companies that rely on the free flow of trade across countries, said Mats Harborn, president of the European Union Chamber of Commerce in China.

Companies are "scrambling to readjust supply chains" so U.S.-bound goods don't pass through China, Harborn said at a news conference. He said one has shifted final assembly of goods to a newly created American unit.

The Trump administration's tariff hike on medical equipment, electronics and other goods from China apply to exports made by U.S. or European companies as well as Chinese suppliers. Washington imposed 25 percent tariffs on $34 billion of goods in response to complaints Beijing is hurting American companies by stealing or pressuring enterprises to hand over technology.

European governments have criticized President Donald Trump's approach but have resisted Chinese efforts to recruit them as allies in their dispute.

Tariffs are a "dangerous and very blunt instrument," Harborn said.

"We share the concerns expressed by the American side," he said. "But there are better and less risky ways to deal with these problems."

Optical fiber preforms from the United States and Japan will face additional duties of 37.9 to 78.2 percent for five years, the Ministry of Commerce announced.

Chinese leaders have emphasized the benefits to foreign companies from trading with the world's second-largest economy in an effort to deflect pressure to change industrial plans communist leaders see as a route to prosperity and global influence.

On Monday, Chinese and German companies including BASF and Volkswagen signed business deals worth 20 billion euros ($23.6 billion) during a visit to Berlin by China's No. 2 leader, Premier Li Keqiang.

Harborn said a European supplier of environmental technology believed it might have been awarded a Chinese government contract ahead of an American competitor due to its non-U.S. status.

Beijing's increases include an additional 25 percent tariff on cars imported from the United States, raising the total charge to 40 percent.

BMW exports SUVs from a factory in Spartanburg, South Carolina, that employs 10,000 people.