The threat posed by air cargo was highlighted in 2010, when terrorists concealed bombs in printer cartridges mailed from Yemen. 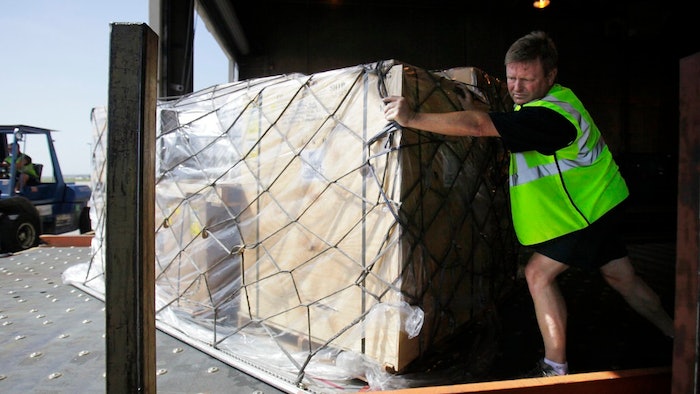 U.S. authorities are requiring airlines to give them more notice about certain types of cargo that officials believe may pose a security risk.

Carriers operating planes with commercial cargo now must send certain information about that cargo to U.S. Customs and Border Protection before loading the plane.

Until now, airlines generally weren't required to provide the cargo information until a few hours before the plane's arrival. Officials said that meant Customs might not have enough time to identify items that could be bombs or chemical or biological weapons until the plane was already on its way to a U.S. destination.

Customs said it will be able to order airline crews not to load suspicious cargo. The government is not detailing the information that the airlines must provide.

Airline industry and government officials have said that many airlines voluntarily take the steps covered by the new rule. The requirements for U.S.-bound cargo are similar to standards imposed earlier this year on passenger planes operated by several Middle Eastern airlines.

A spokesman for the aviation trade group Airlines for America said that his group is reviewing details of the rule but has long favored making measures for advance screening of cargo mandatory.

The spokesman, Vaughn Jennings, said that because the security measures take place before planes are loaded they cause minimal disruption to cargo shipments.

The Customs agency said advance screening of cargo has helped it identify "a substantial amount of high-risk cargo" including shipments with potential ties to terrorists.

The threat posed by air cargo was highlighted in 2010, when terrorists concealed bombs in printer cartridges mailed from Yemen in a plot designed to bring down the planes over the United States. After a tip from Saudi Arabian security officials, the devices were found while the planes were stopped in England and the United Arab Emirates.