CEO James Quincey says The Coca-Cola Co. has a responsibility to help. 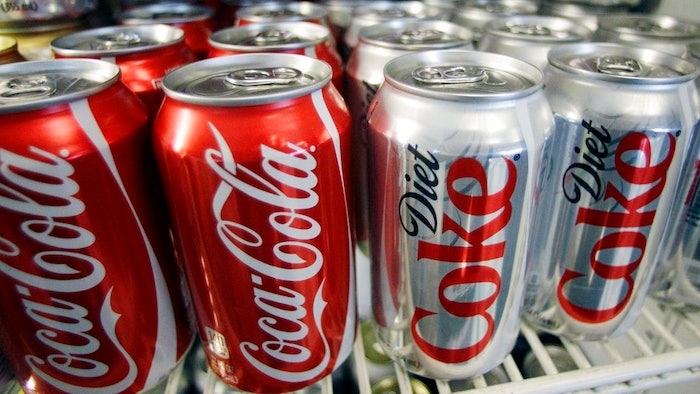 In this March 17, 2011, file photo, cans of Coca-Cola and Diet Coke sit in a cooler in Anne's Deli in Portland, Ore. The Coca-Cola Co. plans to help collect and recycle a bottle or can for every one that it sells by 2030. The beverage company is also working on making all of its packaging 100 percent recyclable worldwide. Coca-Cola said Friday, Jan. 19, 2018, that it's creating bottles with more recycled content by developing plant-based resins.
AP Photo/File

ATLANTA (AP) — Recognizing a global waste problem, Coca-Cola will attempt to collect and recycle a bottle or can for every one that it sells within 12 years.

CEO James Quincey says The Coca-Cola Co. has a responsibility to help solve the problem.

A report issued last summer showed that global industry has produced 9.1 billion tons of plastic since 1950, and there is enough still in circulation to bury Manhattan under more than two miles of trash.

Coca-Cola said Friday that it's creating bottles with more recycled content by developing plant-based resins, attempting to scale back plastic used in containers, and will attempt to produce bottles with an average of 50 percent recycled material by 2030.

Other consumer goods companies like PepsiCo and Danone have also vowed to improve packaging.