America now has more craft breweries than at any time in recorded history. 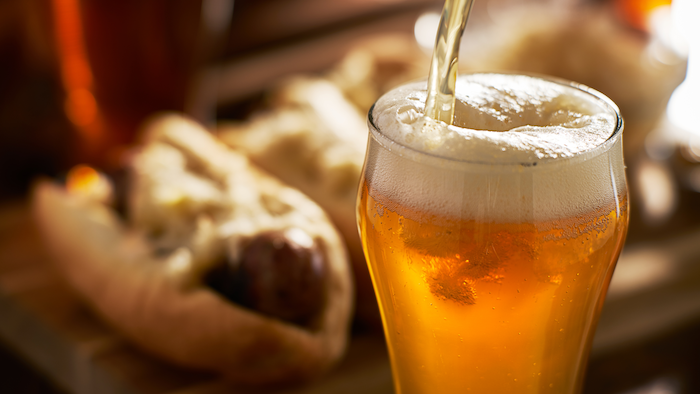 The U.S. craft beer industry is exploding. Although two companies – Anheuser-Busch InBev and MillerCoors – have produced more than 75 percent of all beer consumed in the United States for decades, America now has more craft breweries than at any time in recorded history.

Private investment firms are pouring money into small breweries as though they were Silicon Valley startups. Towns looking to revitalize are offering economic incentives for people willing to start up craft breweries in their areas.

To our collective detriment, there is little sociology research on the subject of craft beer, even though this industry is built on the kinds of social connections that we and our colleagues have long studied in other contexts. So we decided to do a bit of our own research.

After analyzing in-depth interviews with 18 New England craft brewers, we have found that they are creating a regional industry here with the kind of local roots that many people associate more readily with wine than beer. By fostering social, economic and historic connections, craft brewers are thriving in a region that produces little hops or barley.

The concept of terroir, meaning the environmental factors that influence how a food tastes, has been primarily used to link wine production with specific places. The production ecologies of wine, champagne and cheese all consider factors including soil, topography and microclimate. Terroir often refers to ecological and cultural conditions that create a sense of group identity by engaging with and consuming particular products – especially food.

Increasingly, craft brewers also are speaking of their product’s terroir and the interplay of place, cultural traditions, ecology and science that create an idea of beer. The turn to terroir in brewing is rooted in various movements, including slow food, back-to-the-land, and locavorism. All of these movements stress a strong relationship between food, practices and place.

Most macro beer from large producers like Miller, Budweiser and Coors is homogeneous. It tastes the same whether it is made in St. Louis or New Hampshire, or whether it is consumed in Austin or San Diego.

In contrast, craft beer often reflects local styles or ingredients. A craft brewed India pale ale from Throwback Brewery in North Hampton, New Hampshire will not taste the same as an IPA from Revival in Cranston, Rhode Island. In fact, both breweries will most likely produce several different versions of IPA.

Dan, a co-founder of Maine Beer Co., told us that Maine Beer did not sell its beer beyond a certain geographic boundary because they wanted it to retain its connection to Maine. Craft beer tourists now travel to specific locales in New England just to taste craft beers, such as an authentic New England IPA, developed earlier this decade, which they cannot find, taste or purchase where they live. 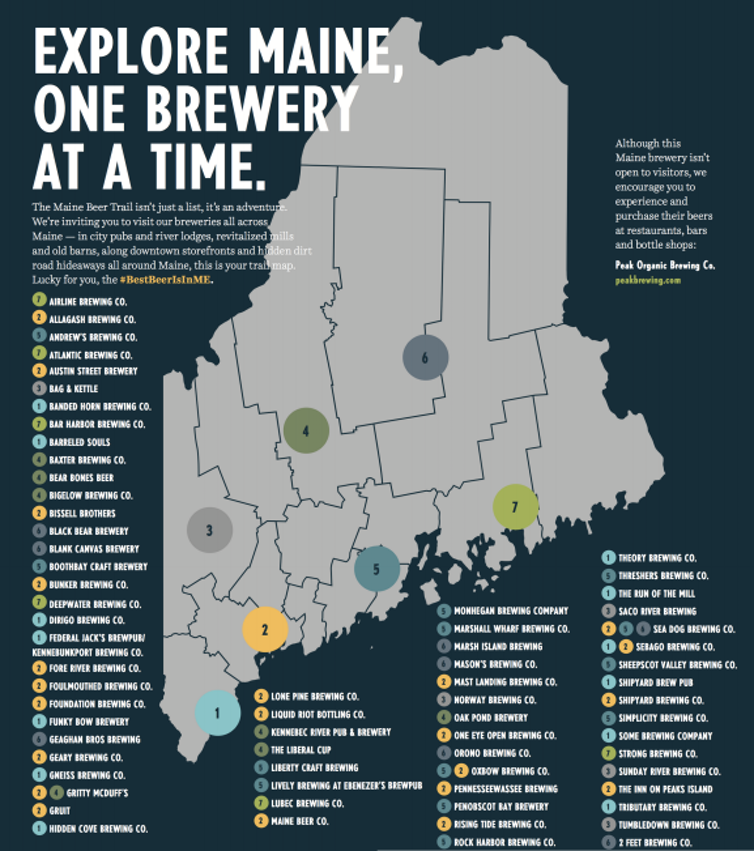 New England craft brewers also are redefining the concept of terroir itself. They have no choice: Grain, the chief ingredient of beer, is not grown here in large enough quantities to make a place-specific product. Other components of beer, such as hops, are just beginning to show up on local farms.

To get around these difficulties, New England craft breweries have developed three strategies. First, they are connecting beer to local communities through linkages that we call networked ecologies – a group of independent systems that build up a particular infrastructure, such as craft brewers, local farms and other food producers. Social scientists have identified networked ecologies in sectors from artisanal cheesemaking to urban infrastructure.

We use the term here to show how a brewery like Homefield in Sturbridge, Massachusetts, sources all of its food from local farmers markets and farms to showcase the “food terrain” in which it is based.

These links were evident when we interviewed Shawn, head brewer at Rapscallion, also located in Sturbridge. We were interrupted when a local farmer dropped off strawberries for an upcoming beer, which immediately reminded Shawn that he needed to deliver some beer to B.T.’s Smokehouse down the street for their onion ring batter.

A second strategy is organizing collaborative brewing projects with other brewers, rather than emphasizing competition. These interactions have both pragmatic and symbolic value. Brewers help each other to maintain a certain level of quality, similar to the historic role of guilds. These partnerships also signal to people interested in local products that a brewery they might be unfamiliar with is just like another local brewery that they may like and respect.

Finally, like many New England farmers, craft brewers stress connections with the past. They situate production of beer in New England in Thoreau’s landscape, invoking a bucolic and pastoral set of associations, and talk about how interacting with the local environment allows them to produce a unique product. Here is a representative comment from our interview with Chris, head brewer at The People’s Pint in Greenfield, Massachusetts:

“Barley that is grown in this valley, especially that is used for malting, has a very specific flavor to it, and it comes from the couple types of bacteria that develop because of the high level of moisture in the area on the actual husk of the barley… and where this farm is in Northfield … you get this sort of fog that lasts longer in the morning, and so the flavor development in the hop cones themselves … [it’s completely different].”

New England’s history of cottage industries and its pastoral heritage make it a perfect place for the emergence of a craft beer movement. Many of the brewers we have spoken with see their missions as making beer that is representative of a specific place.

Only a few years ago, the idea of “growing beer” in this area would have been impossible. Networked ecologies have made the New England craft beer movement possible.

For brewers, these interactions and interdependencies create ethical relationships among people and places and products that reveal a particular way to make beer. In addition to a unique terroir, these brewers hope that their beers also reveal these ecologies – and, hence, the people who help grow, produce and consume their beer.