Police said they also seized $2.3 million and an oil tanker in connection with the theft in Singapore. 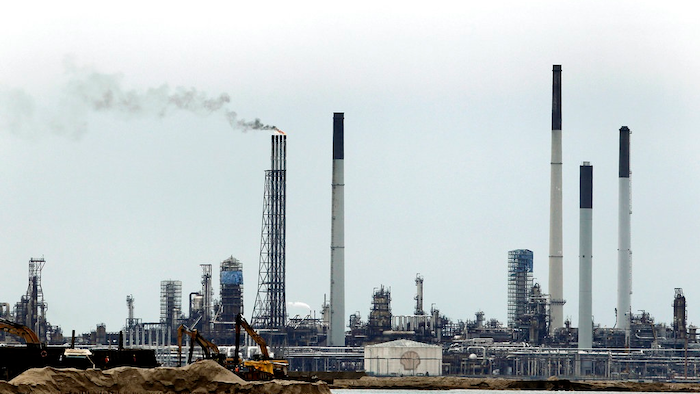 In this Sept. 30, 2011, file photo, part of the Royal Dutch Shell refinery is seen on Pulau Bukom, five kilometers (3 miles) off Singapore. Singapore police said Tuesday, Jan. 9, 2018, they have arrested 17 men suspected of involvement in stealing oil from Shell's largest refinery in the world. Police also seized $2.3 million and an oil tanker in connection with the case.
AP Photo/Wong Maye-E, File

SINGAPORE (AP) — Singapore police have arrested 17 men suspected of involvement in stealing oil from the largest Shell refinery in the world.

Police said Tuesday that they also seized $2.3 million and an oil tanker in connection with the theft, which was first reported in August.

Shell has not said how much oil was taken. It said in a statement that those detained included "a limited number of Shell employees."

A police statement said the 17 men, aged 30-63, were detained Sunday. It said police are seeking to freeze the suspects' bank accounts.

The oil came from Shell's Bukom industrial site, located on an island southwest of Singapore. It is the company's largest petrochemical production and export center in the Asia-Pacific.

Theft of oil and of oil tankers has been a chronic problem in piracy-prone Southeast Asia for years.