Britain and China pledged to promote London as a center for offshore use of Beijing's currency and cooperate in clean energy research. 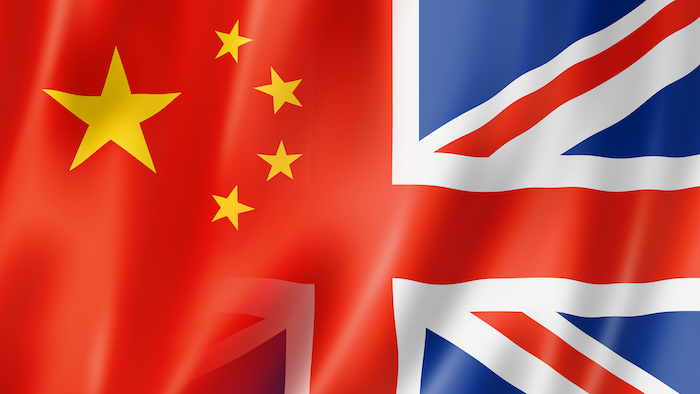 BEIJING (AP) — Britain and China pledged to promote London as a center for offshore use of Beijing's currency and cooperate in clean energy research and promoting trade as the United Kingdom prepares to leave the European Union. Officials announced the agreements following an economic dialogue led by Britain's finance minister, Philip Hammond, and a senior Chinese economic official, Vice Premier Ma Kai. The event was attended by a delegation of British business leaders and economic officials.

British leaders are looking to China for trade and investment as they try to fashion a new global role and offset reduced access to the other 27 nations of the European common market.

The two sides agreed to promote international use of China's tightly controlled yuan and develop yuan-based business in London. That could help to shore up the British capital's status as a global financial center outside the EU. "The two sides will discuss future trade arrangements and push for the conclusion of a China-EU investment agreement," Ma said at a joint news conference.

The economic dialogue is an annual event, but this year's gathering at a government guesthouse in Beijing took on special significance following Britain's 2016 vote to leave the EU. Hammond was accompanied by the governor of the Bank of England, Mark Carney, British financial regulators and an unusually large delegation of businesspeople for such an event.

Hammond said London is looking for a "sustainable future arrangement" with the EU. He said that was likely to be more complex than agreements made with Canada or members of the European Economic Area. "It is likely that we will want to negotiate specific arrangements, bespoke arrangements that reflect the long and close trading history," said Hammond.

British officials want "an environment which will effectively replicate the current status quo, allowing companies to conduct trade and financial services across borders," he said.

Premier Li Keqiang, China's top economic official, expressed confidence Friday during a meeting with Hammond in "steady and sound growth" of Chinese-British relations regardless of what happens between London and the EU.

"We hope the U.K. and the EU will conduct their Brexit negotiations in a way that's mutually beneficial for both sides and result in outcomes that are desirable for both sides," said a deputy Chinese finance minister, Shi Yaobin.

Chinese and British officials also agreed to look at ways to expand Britain's role in Beijing's "Belt and Road Initiative," a vast project aimed at expanding trade across Asia to Europe by building railways, ports and other infrastructure. Hammond announced the British export finance agency will support up to $33 billion of new business along the "Belt and Road" in Asia. He said a former HSBC Group chairman, Douglas Flint, would serve as the British Treasury's envoy to "Belt and Road."

"These are welcome steps that will help deliver our vision of a stronger, fairer, more balanced economy in the U.K. and will also support China's vision for the future direction of its economy," said Hammond.