The first round of NAFTA renegotiations talks were wrapped up Sunday. 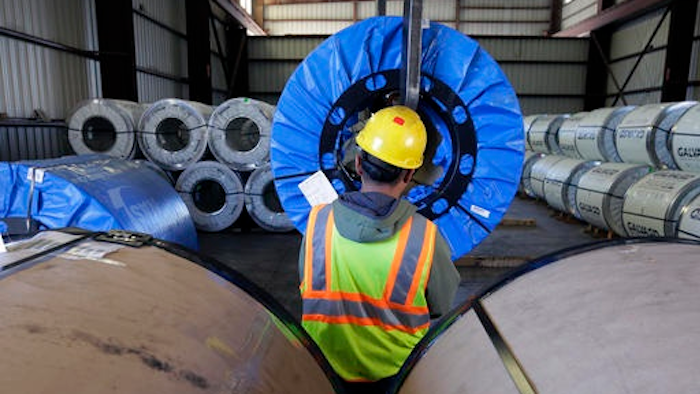 The first round of NAFTA renegotiations talks were wrapped up Sunday. The three countries said they planned to meet again in Mexico Sept. 1-5, in Canada late next month and back in the United States in October.

They did not offer details on the five-day talks.

The negotiations are likely to prove contentious. U.S. Trade Rep. Robert Lighthizer declared Wednesday that the United States "is not interested in a mere tweaking" of NAFTA and will seek an ambitious rewrite of a deal the Trump administration blames for hundreds of thousands of lost U.S. factory jobs.

NAFTA did away with most barriers, including tariffs, on trade between the U.S., Canada and Mexico.

Trump and other NAFTA critics say the agreement encouraged manufacturers to move south of the border to take advantage of lower-wage Mexican labor. Lighthizer said the U.S. wants a revamped agreement to do more to ensure that products are made in NAFTA trade bloc and specifically in the United States.

The Canadian and Mexican negotiators agree that NAFTA needs to be updated, but they have defended it as an economic success story for expanding trade between the three countries.

Mexican Economy Minister Ildefonso Guajardo said at the start of the Washington talks that he hoped differences could be narrowed in the next round of negotiations.