The additional funds will support the building of more ships, planes, helicopters and drones.

Earlier this week, the $584 billion Fiscal 2018 defense spending bill was approved by the House Appropriations defense subcommittee. The amount was less than the $640 billion requested by the House Armed Services Committee and more than the $566 billion that President Trump had sought.

With Overseas Contingency Operations funding of $73.9 billion, which encompasses initiatives against ISIS and in Syria, the spending bill reaches a total of $658.1 billion for the Department of Defense, which is $24 billion more than FY 2017.

The bill seems to assume that Congress will raise spending caps set by a 2011 law before lawmakers approve the 2018 funding. If Congress doesn't pass that measure, defense spending will be capped at $549 billion.

The legislation also covers funding for a couple of key research projects. An additional $282 million will be provided for cancer research, $125 million for research on traumatic brain injury and psychological health, and $277 million for efforts to prevent and respond to sexual assaults. 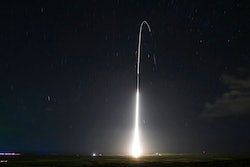