The $3.8 billion pipeline will move North Dakota oil through South Dakota and Iowa to a distribution point in Illinois. 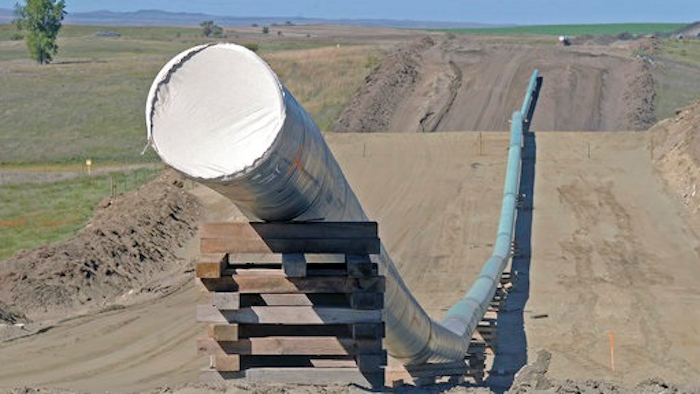 BISMARCK, N.D. (AP) — The developer of the Dakota Access oil pipeline, which is expected to begin shipping oil on Thursday, will face scrutiny later this summer on whether it violated North Dakota rules during construction.

The three-member North Dakota Public Service Commission is looking into whether Texas-based Energy Transfer Partners removed too many trees and shrubs along the pipeline route, and whether it improperly reported the discovery of Native American artifacts. No artifacts were disturbed.

ETP maintains it didn't intentionally do anything wrong in either case. If the commission ultimately decides differently, the company could be subject to tens of thousands of dollars in fines, though it could fight them in state court.

Regulators decided during a Wednesday meeting to hold hearings on back-to-back days in either July or August. A decision on fines would come sometime after that.

The $3.8 billion pipeline will move North Dakota oil through South Dakota and Iowa to a distribution point in Illinois.

The pipeline prompted hundreds and sometimes thousands of Native American and environmental activists to camp in North Dakota to protest, saying it would disturb sacred sites and could pollute water used by Native Americans. President Donald Trump's administration and the courts eventually allowed the pipeline to be completed.

The commission maintains the company diverted construction of the pipeline around artifacts last October without first running the plan by the commission, as required. The company did get clearance from the State Historic Preservation Office and maintains it acted in good faith.

In addition, a third-party inspector identified 83 sites along the 380-mile (610-kilometer) pipeline corridor in North Dakota where trees or shrubs might have been cleared in violation of the commission's orders. ETP says it did nothing wrong, and the company has a plan to plant two trees for every one removed — a total of about 94,000 trees.

"The reason we have regulations regarding trees and shrubs in North Dakota is that they're hard to grow, especially in western North Dakota," Fedorchak said.