But the company being investigated for human rights violations says it stopped making Ivanka Trump shoes months ago. 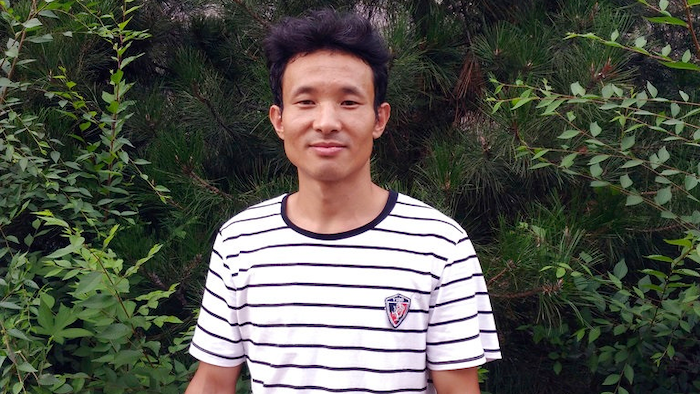 In this photo taken 2016 and released by Deng Guilian, Hua Haifeng is seen during a visit to a park in Chengde in central China's Hubei province. Hua has been arrested and another two have gone missing following their investigations into working conditions at a Chinese factory that produces Ivanka Trump-brand shoes, a family member and an advocacy group said Tuesday, May 30, 2017. China Labor Watch Executive Director Li Qiang said he lost contact with Hua Haifeng and the other two men, Li Zhao and Su Heng, over the weekend. By Tuesday, after dozens of unanswered calls, he had concluded: “They must be held either by the factory or the police to be unreachable.”
Deng Guilian via AP

SHANGHAI (AP) — A Chinese company that makes shoes for Ivanka Trump and other brands denied allegations Thursday of excessive overtime and low wages made by three activists who have been arrested or disappeared.

The Associated Press reported Tuesday that Hua Haifeng, an investigator for China Labor Watch, a New York-based nonprofit, had been arrested on a charge of illegal surveillance while his two colleagues — Li Zhao and Su Heng — are missing and rights groups fear they have been detained. They were investigating Huajian Group factories in the southern Chinese cities of Ganzhou and Dongguan.

"We are shocked," Long Shan, a spokeswoman for the Huajian Group, said in an email to The Associated Press. "As a renowned global media outlet, you have put out many untrue reports not based on facts and without our consent."

China Labor Watch executive director Li Qiang said Thursday he still had not been able to confirm the status of the two men. Huajian was contacted before AP's initial reports were published but issued no statement until Thursday.

Long said the company had stopped producing Ivanka Trump shoes months ago. She said that Hua Haifeng joined the group's factory in Dongguan on May 20, but left after less than a week, and Su Heng began working at their Ganzhou factory on April 28, but also left after a short time. She said she did not know their current whereabouts.

"By coming to Huajian to work, they are Huajian employees. Huajian staff must comply with China's laws and regulations and Huajian's rules," she said, adding that at least one of the men "used methods like taking photographs and video to obtain the company's trade secrets, which is not in line with the company's regulations. Our company has the right to hold him accountable."

She said reports of managers verbally abusing workers, including insults and a crude reference in Chinese to female genitalia, were based on misunderstanding. "It is the local dialect being used as management language," she said.

She said Huajian was looking into allegations of improper use of student interns.

China Labor Watch has been exposing poor working conditions at suppliers to some of the world's best-known companies for nearly two decades, but Li said his work has never before attracted this level of scrutiny from China's state security apparatus.

The arrest and disappearances come amid a crackdown on perceived threats to the stability of China's ruling Communist Party, particularly from sources with foreign ties such as China Labor Watch. Faced with rising labor unrest and a slowing economy, Beijing has taken a stern approach to activism in southern China's manufacturing belt and to human rights advocates generally, sparking a wave of critical reports about disappearances, public confessions, forced repatriation and torture in custody.