Police detained 70 people in Istanbul as they tried to march, garment workers in Cambodia defied a government ban to demand higher wages, and workers in Spain deplored the country's 19 percent jobless rate.

ISTANBUL (AP) — Workers and activists marked May Day around the world Monday with defiant rallies and marches for better pay and working conditions.

Police detained 70 people in Istanbul as they tried to march, garment workers in Cambodia defied a government ban to demand higher wages, and workers in Spain deplored the country's 19 percent jobless rate.

Some May Day events around the world:

Police in Istanbul detained more than 70 people who tried to march to iconic Taksim Square in defiance of a ban on holding May Day events there. The square was declared off limits to demonstrations for a third year running and police blocked points of entry, allowing only small groups of labor union representatives to lay wreaths at a monument there.

Taksim holds a symbolic value for Turkey's labor movement. In 1977, shots were fired into a May Day crowd from a nearby building, killing 34 people.

Main trade unions groups have agreed to hold large rallies at government-designated spots in Istanbul and Ankara but small groups were expected to try to reach Taksim.

Spain's two major unions called for marches in over 70 cities under the slogan "No More Excuses." UGT and CC.OO unions on Monday demanded that Spain's conservative government roll back its labor reforms that made it cheaper to fire workers and increase wages and pensions.

CC.OO general secretary Ignacio Fernandez Toxo said "Spain has been growing for two years and now it is time for the economy to align itself with the needs of the people."

He spoke at a march of several thousand people in Madrid, which he led alongside UGT leader Josep Maria Alvarez. Thousands more marched in Barcelona, while other rallies were held in Seville, Valencia and other cities.

Under conservative Prime Minister Mariano Rajoy, Spain's economy has rebounded and unemployment has dropped from 27 percent in 2013 to 19 percent, but that is still the second-highest unemployment rate in the 28-nation European Union behind Greece.

Rajoy thanked Spain's workers on Twitter: "I appreciate your contribution to the economic recovery. The government is working to create more and better jobs."

Labor union and left-wing activists appealed for unity in order to oppose Poland's current conservative government as they marked May Day with a parade in Warsaw.

The rally and a march Monday was by the All-Poland Alliance of Trade Unions and by the Democratic Left Alliance, which lost all parliament seats in the 2015 election that brought the conservative populist Law and Justice party to power.

Sebastian Wierzbicki of the SLD said the left wing needs to protect workers' rights but also focus on civic rights and human dignity.

Riot police watched carefully as more than 1,000 garment workers defied a government ban on marching to deliver a petition to the National Assembly in Phnom Penh, demanding a higher minimum wage and more freedom of assembly.

The marchers, holding a forest of banners, filled a street a short distance from the parliament complex and advanced noisily until they were stopped by a barricade and lines of police, holding batons, shields and guns capable of firing gas canisters. A standoff of several hours was resolved when a representative from the Assembly came out and accepted the petition.

The workers were from the Coalition of Cambodian Apparel Workers Democratic Union. Among their demands was increasing the minimum wage from $153 to $208 per month. The clothing and footwear industry is Cambodia's biggest export earner.

Two large union-organized rallies are planned in Athens on the holiday, with employees at many public services nominally on strike.

As the marches began, government officials prepared for more talks at a central Athens hotel with representatives of bailout creditors as the two sides were near an agreement to maintain draconian spending controls beyond the current rescue program.

The talks had been expected to end Sunday. Future spending cuts will include additional pension cuts and tax increases for Greeks, already hit by seven years of harsh cuts.

Greece's largest labor union, the GSEE, has called a general strike for May 17 to protest the latest austerity package.

A few thousand left-wing activists and laborers marched and held noisy rallies to press for higher wages and an end to temporary contractual jobs that deprive workers of many benefits. In sweltering summer heat, the crowds in Manila also protested alleged extrajudicial killings under President Rodrigo Duterte's drug crackdown.

The activists carried murals of Duterte and President Donald Trump, asking the Philippine leader to stay away from the U.S. president, who has invited Duterte for a U.S. visit. Protest leader Venzer Crisostomo fears an "America First" policy would be disadvantageous to poorer countries like the Philippines. "We would not want Duterte to be in cahoots with Donald Trump in oppressing the country and in implementing policies."

In Taipei, thousands of Taiwanese workers hoisted cardboard signs and banners in a march protesting what they said were unfairly low wages and deteriorating work conditions. A number of them staged a fake funeral procession, carrying a coffin with the words "basic annual pension" written on it, while others waved black flags.

Huang Yu-kai, president of the labor union of the Taiwan High-Speed Rail Corp. and a train conductor, said low wages in Taiwan are "the root of all problems."

"This is why we take part in this march every year," Huang said.

President Tsai Ing-wen said in a post on her Facebook page that improvements are being made even if major changes would take time. "Although reform would not be completed in one step, the progress we have made is not small."

About 4 million people are employed in the country's garment industry, the second largest in the world. The industry, with about 4,000 factories, earns $25 billion a year from exports, mainly to the United States and Europe, but working conditions often are grim.

She said workers must be provided better living quarters and health benefits, and factories must make provisions so the children of factory workers can be educated. 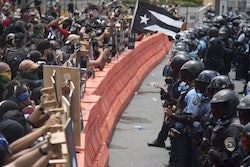 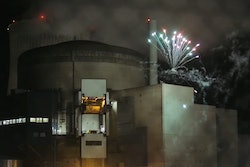 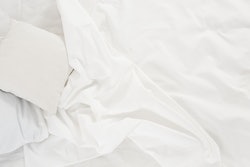