After 40 years of using frozen patties in its Quarter Pounders, the fast food giant will replace them with fresh beef by sometime next year. 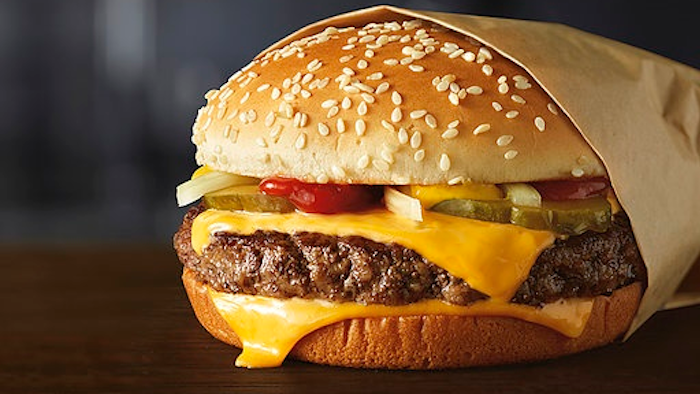 The fast food giant said Thursday that it will swap frozen beef patties for fresh ones in its Quarter Pounder burgers by sometime next year at most of its U.S. locations. It's a major change for McDonald's, which has relied on frozen beef for more than 40 years. Employees will cook up the never-frozen beef on a grill when burgers are ordered.

Fresh beef has been the biggest selling point at rival Wendy's. Yet there are larger forces at work that have prompted other menu changes at McDonald's, known for decades more for the billions of people served than its culinary choices. The world's largest hamburger chain has been trying to improve its image as more people shun processed foods. Last year, it removed artificial preservatives from chicken McNuggets and cut out high-fructose corn syrup from its buns.

"Fresh, just as a word and a concept, still carries so much weight for customers," said Robert Byrne, the senior manager of consumer insights at Technomic, a food industry market research firm. He believes the move to fresh beef will likely drive more people to the Golden Arches and help boost its image slightly.

McDonald's is trying to stem a streak of adverse trends that led to an executive shake-up two years ago. The company brought in Steve Easterbrook as CEO to steer the company in a more promising direction. It's an ongoing endeavor. Earlier this month, McDonald's Corp. acknowledged that it lost 500 million customer transactions in the U.S. since 2012, mainly to other fast food rivals.

Big Macs and other hamburgers will still be made with frozen beef. But Kempczinski said McDonald's is open to making changes to more of its menu items.

It's still too early to know if franchisees will raise their prices on Quarter Pounders, Kempczinski said. Employees will need to be trained to safely handle fresh beef and to cook the patties only when ordered. Frozen beef Quarter Pounder patties are typically cooked four or more at a time, and the burgers are left in a holding area until a customer orders it, Kempczinski said.

The Oak Brook, Illinois-based company said fresh beef Quarter Pounders will be available by the middle of 2018 at most of its 14,000 U.S. locations. Restaurants in Alaska, Hawaii and some airports won't be getting the fresh beef, the company said.

While the announcement drew wide attention, McDonald's shares were little changed Thursday, up less than 1 percent to close at $129.32.