Under Obama, the United States withdrew approval before the fighter jet deal was finalized because it said Bahrain hadn't taken steps it had promised to improve human rights.

Jon GambrellJosh Lederman
In this Feb. 16, 2017, file photo, a U.S. fighter aircraft F-16 performs during the Aero India 2017 at Yelahanka air base in Bangalore, India. The Trump administration told Congress on Wednesday, March 29, that it plans to approve a multibillion-dollar sale of F-16 fighter jets to Bahrain without the human rights conditions imposed by the Obama administration.
AP Photo/Aijaz Rahi, File

WASHINGTON (AP) — The Trump administration has told Congress it plans to approve a multibillion-dollar sale of F-16 fighter jets to Bahrain without the human rights conditions imposed by the State Department under President Barack Obama.

If finalized, the approval would allow the Gulf island to purchase 19 of the jets from Maryland-based Lockheed Martin Corp., plus improvements to other jets in Bahrain's fleet. Though Congress has opportunities to block the sale, it is unlikely it will act to do so, given the Republican majority's strong support for the sale.

The decision is the latest signal that the Trump administration is prioritizing support for Sunni-led countries seen as critical to opposing Iran's influence in the Mideast over human rights issues that Obama had elevated.

Bahrain, home to the U.S. Navy's 5th Fleet and an under-construction British naval base, is a predominantly Shiite island off the coast of Saudi Arabia ruled by a Sunni monarchy. Government forces, with help from U.S. allies Saudi Arabia and the United Arab Emirates, crushed the 2011 uprising by Shiites and others who sought more political power.

Under Obama, the United States withdrew approval before the fighter jet deal was finalized because it said Bahrain hadn't taken steps it had promised to improve human rights.

The notice triggers a 40-day "consultation" period in which committee staff can review a draft of the Bahrain approval, ask questions about the sale and raise any concerns. Then the State Department will send a formal notification to Congress, setting off a final, 30-day review period, during which Congress could pass a joint resolution or take other steps to stop the sale.

Lockheed had lobbied strenuously for the sale's approval, even as rights groups and pro-democracy activists urged the administration not to jettison human rights conditions. Brian Dooley of the Washington-based group Human Rights First said decoupling the sale from such conditions would "encourage further repression" and fuel instability during a tense period for Bahrain.

"The sale will send exactly the wrong signal to the dictatorship: that the White House thinks the political crackdown is not just morally acceptable but also not dangerous, when in fact it's what's fueling the country's instability," Dooley said.

But Corker, a Republican from Tennessee, praised the move and said the caveats would have been "unprecedented and counterproductive" for security and human rights.

"There are more effective ways to seek changes in partner policies than publicly conditioning weapons transfers in this manner," Corker said in a statement.

Among the steps the Obama administration had sought from Bahrain was the release of Nabeel Rajab, a famed human rights activist who helped lead the 2011 protests. Rajab, whose trial has been repeatedly delayed, awaits sentencing on a charge of spreading "false news" via Twitter over his posts about the ongoing Saudi-led war in Yemen, as well as allegations of torture by authorities at a local prison.

The State Department said as recently as this week that it was calling for Rajab's release. The U.S. has said Bahrain lacks evidence against him.

Since the beginning of a government crackdown nearly a year ago, activists have been imprisoned or forced into exile. Bahrain's main Shiite opposition group has been dismantled. Lawmakers recently approved military tribunals for civilians while the feared domestic spy agency regained some arrest powers. Independent news gathering on the island also has grown more difficult.

Meanwhile, a series of attacks, including a January prison break, have targeted the island. Shiite militant groups have claimed some of the assaults. Bahrain has accused Iran's Revolutionary Guard of training and arming some militants, something the Shiite regional power has dismissed as a "futile and baseless lie."

In prepared remarks before a hearing Wednesday of the U.S. House's Armed Services Committee, the head of the U.S. military's Central Command acknowledged the delay in the fighter jet sale to Bahrain "continues to strain our relationship."

"We continue to urge the government of Bahrain to reverse steps it has taken over the past year to reduce the space for peaceful political expression in its (Shiite) population and have encouraged the Bahrainis to implement needed political reforms in the country," U.S. Gen. Joseph Votel said. 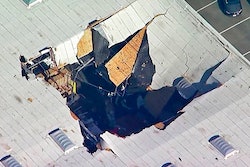 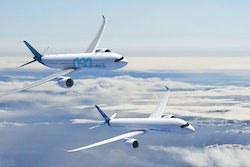 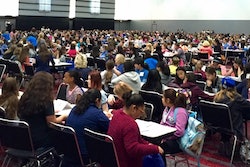