The troubled company could sell its money-losing operations in the U.S.

President Satoshi Tsunakawa said the company was looking at selling its majority stake in Westinghouse and making a priority trying to get the energy giant's battered results off its books.

"We want to deal with this properly," he said at a news conference after the company won approval for a second delay in reporting its earnings for October-December.

"We are working on nurturing our growth businesses to return to stable growth by fiscal years 2018 and 2019," Tsunakwa added, reiterating apologies to stakeholders.

Toshiba had been scheduled to report earnings Tuesday, after delaying the report due in February because of auditing problems. It now has until April 11 to produce the report.

The company released a plan saying it was speeding up its review of the U.S. nuclear business, including possibly selling Westinghouse. It said it intends to expand in renewable energy while also working on its nuclear business in Japan to try to restore stable growth.

Toshiba is expecting a group net loss of 500 billion yen ($4.3 billion) for April-December of last year, including a 712.5 billion yen ($6.2 billion) hit from its embattled nuclear business.

Its chairman has resigned to take responsibility for the company's troubles.

Toshiba acquired Westinghouse in 2006 with much fanfare, making nuclear power an important part of its business strategy.

But that was before the March 2011 nuclear disaster in Fukushima, which has boosted the costs of the business because of growing safety concerns and regulations, and a souring of sentiment toward nuclear power in some countries, such as Germany.

Westinghouse's purchase in 2015 of CB&I Stone & Webster, a nuclear construction and services business, was meant to win more business in decontamination, decommissioning and plant projects, but it just amplified those problems.

Toshiba said it was further investigating the acquisition, since a preliminary probe added to suspicions that some of the whistleblower's allegations of wrongdoing might be true.

The latest news pushed Toshiba's share price down about 8 percent earlier Tuesday, though it recovered lost ground later in the day, gaining 0.5 percent.

The company has said it will no longer take on new reactor construction projects and will focus on maintaining the reactors it already has. But it is also involved in the decommissioning of the Fukushima Dai-ichi nuclear plant, which suffered multiple meltdowns after the March 2011 tsunami.

Toshiba faces the risk of being delisted in Tokyo, It has already sold part of its chip business, and its president has said it is thinking about selling all of it to mend its finances. It sold its household appliance unit to Midea of China, which is maintaining the Toshiba brand name.

It also is selling its entire 65 percent stake in a medical equipment leasing company to Japanese camera maker Canon Inc. 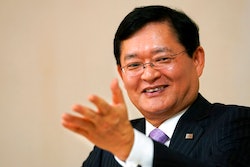 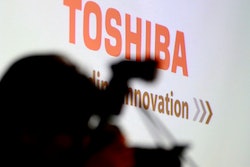