Mars had been investigating a spilled truckload of Skittles, intended to be delivered to a farm for cattle feed. 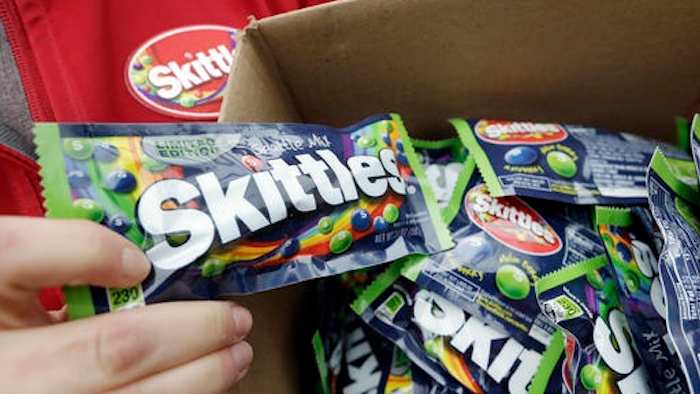 NEW YORK (AP) — Mars says a miscommunication with a subcontractor led to a defective batch of its Skittles, reportedly on their way to becoming cattle feed, ending up scattered across a highway.

The spill captured widespread attention after a Facebook post by a Wisconsin sheriff showed a road covered in the colorful candy. The sheriff wrote that they had fallen off the truck of a farmer who was going to feed them to cattle. Selling food byproducts for use in animal feed is not uncommon, but Mars had said that the factory that made the spilled Skittles was not approved to do so.

The candy maker also said that it only sells to third party processors that mix unused candy with other ingredients to make animal feed, not to individual farmers.

Now Mars says the mishap was the result of miscommunication between a vendor that handles its waste management and a subcontractor. The company says it doesn't believe there was "ill intent" and that "corrective action" is being taken. Mars said it can't say for certain whether the candy was given to the subcontractor to be turned into animal feed.

Messages left with a phone number for the farmer were not returned.

Mars has said the Skittles were supposed to be destroyed because a power outage during the manufacturing process left the candies without the "S'' on them.