Increasing Prices Slowing Decline of Oil Production in the Lower 48

Higher and more stable crude oil prices are contributing to increased drilling in the United States, which may slow the pace of production declines. 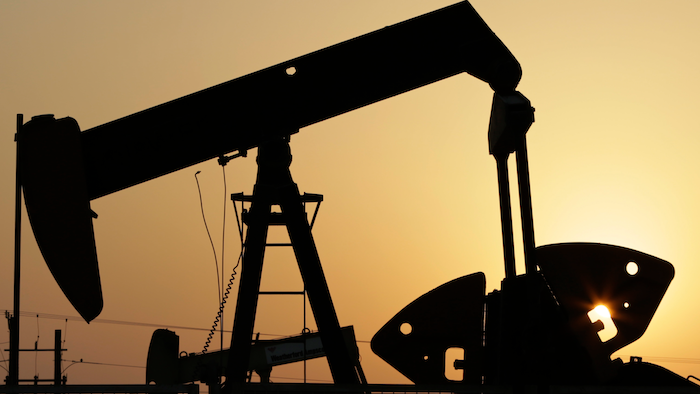 Higher and more stable crude oil prices are contributing to increased drilling in the United States, which may slow the pace of production declines.

Benchmark West Texas Intermediate (WTI) crude oil prices averaged $46.59 per barrel (b) over the last three weeks, a 40 percent increase over the average price in the first quarter. The Lower 48 states onshore oil active rotary rig count, as measured by Baker Hughes, stood at 336 rigs on July 15, 29 rigs above the end-June number. While declines from existing wells are expected to result in a net decrease in production, increased drilling and higher well productivity are expected to soften the decline.

Released each Friday, the Baker Hughes rig count measures the number of active rigs in various basins across North America. Increases in rig counts suggest that production companies are increasing new-well drilling, which likely will be reflected in higher levels of production from new wells after several months.

Since the beginning of June, oil rigs in the Williston Basin (Montana, North Dakota, South Dakota), Eagle Ford Basin (south Texas), and Permian Basin (west Texas, New Mexico) increased 5, 1, and 18 rigs, respectively. The decline in crude oil prices and, correspondingly, capital investment over the past year contributed to significant reductions in active rigs in these areas, with a lack of new drilling contributing to declines in production.

In addition to having more rigs drilling new wells, the average productivity of rigs continues to increase. The new-well oil production per rig through July 2016 averaged 796 barrels per day (b/d) in the Bakken region (within the Williston Basin), 983 b/d in the Eagle Ford, and 470 b/d in the Permian, according to EIA's latest Drilling Productivity Report. This represents productivity increases of 155 b/d, 226 b/d, and 111 b/d per well, respectively, over the 2015 averages for these regions.

Recent announcements from U.S. exploration and production companies also confirm renewed activity in drilling and capital investment. Several companies with comparatively strong financial positions recently announced large mergers and acquisitions to acquire assets, with average value per deal in the second quarter of 2016 reaching $182 million, the largest since the third quarter of 2014.

The trend continued through the first three weeks of July, with seven announcements averaging $199 million per deal. The largest deal, announced on July 13, was Diamondback Energy's purchase of Permian Basin leasehold interests from Luxe Energy LLC for $560 million. Diamondback Energy is one of several companies that plan to increase capital spending and production for the rest of the year.

The July Short-Term Energy Outlook (STEO) forecasts crude oil production from the Lower 48 states to continue to decline through the rest of 2016, then level off in the first and second quarters of 2017. This production forecast is predicated on the WTI price forecast in STEO, which rises from an average of $47/b in third-quarter 2016 to an average of $50/b in second-quarter 2017. The price forecast is highly uncertain, and any significant divergence of actual prices from the projected path could change the pace of new-well drilling, which would in turn affect the production forecast.