This amount is separate from federal gas taxes and is having an impact on funding for many state transportation projects.

Via their Petroleum Marketing Monthly report, the Energy Information Administration released data that showed state-level taxes and fees on gasoline in the United States averaged 26.5 cents per gallon (¢/gal) as of January 1, 2016. These taxes and fees ranged from a low of 8.95¢/gal in Alaska to a high of 51.4¢/gal in Pennsylvania, in addition to the federal tax of 18.4¢/gal.

State taxes on diesel are slightly higher—averaging 27.4¢/gal, and ranging from 8.95¢/gal in Alaska to 65.1¢/gal in Pennsylvania—and are in addition to the 24.4¢/gal federal tax.

A variety of taxes and fees are levied on motor fuels by all levels of government in the United States. Although these charges often include comparatively small fees that provide revenue for environmental protection and other dedicated funds, governments use the largest portion of the taxes the average consumer pays to build transportation infrastructure and maintain roads, effectively making them road user fees.

Many states allow localities or municipalities to impose additional taxes on motor fuels. These local option taxes may apply in all local jurisdictions across the state, as in Florida and Hawaii, or more selectively, as in Mississippi where the state imposes a seawall tax on gasoline in just three counties that border the Gulf of Mexico.

Some municipalities, such as Chicago, also impose taxes in addition to state and local taxes. Although many local option taxes are cents-per-gallon taxes, some are percentages of the purchase price. In California, most local jurisdictions have district sales and use taxes ranging from 0.10 percent to two percent, in addition to the 2.25 percent state sales tax on gasoline and the 9.25 percent state sales tax on diesel fuel. Some areas may have more than one district tax in effect.

Revenue from motor fuel taxes has declined because increased vehicle fuel economy has slowed the growth in gasoline and diesel consumption. Further, most states have fixed per-gallon rates that have not kept up with changes in inflation. These issues leave many jurisdictions with reduced funding for highway construction and maintenance projects.

In an effort to mitigate the effect of these factors on revenue, many states now index all or a portion of their motor fuel excise taxes. Recently, Georgia passed legislation to index the state-level excise tax based on corporate average fuel economy standards and the U.S. consumer price index. Other states index sales taxes that apply to motor fuels and allow indexing at the local-government level.

In response to declining fuel tax revenues, many states are looking at road usage fees as a way to pay for road maintenance. After running a pilot program to test the feasibility of such a plan, Oregon implemented the voluntary OreGo program in July 2015. Participating drivers install a device (some of which employ global positioning system (GPS) devices) and pay a per-mile fee of 1.5 cents. Users receive credits for fuel-based taxes paid at the retail fueling pump. California, the state with the highest level of motor fuel consumption, plans to begin a nine-month pilot program to study taxes based on road usage in summer 2016.

Maureen Klein was the principal contributor to this report. 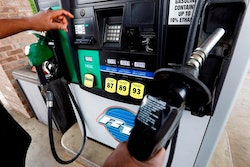 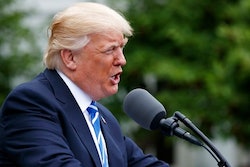