An update on the state of China's economy is expected Friday when officials are set to release first-quarter GDP data. 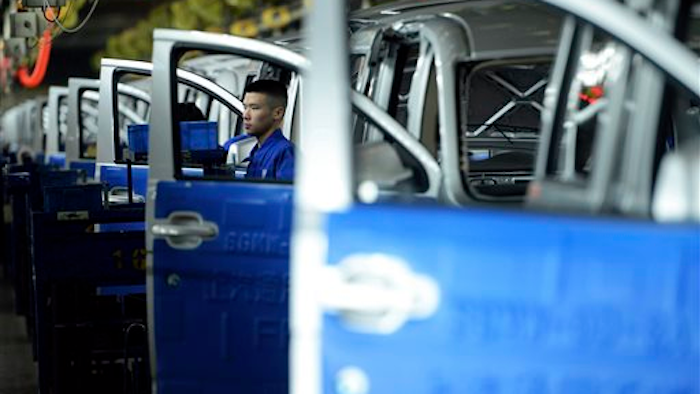 HONG KONG (AP) — Chinese exports have risen for the first time in nine months, in a sign that the outlook may be improving for the world's No. 2 economy.

Customs data posted online Wednesday show that China's exports rose 11.5 percent in March compared with a year earlier, to $160.8 billion, after slumping by 25 percent in February.

It's the first year-on-year gain in exports since June. However, the performance also reflects an unusually large contraction in exports in March 2015.

"A dramatic turnaround in (year-on-year) growth was always likely," Marcel Thieliant and Mark Williams of Capital Economics said, also because of the effects of the Lunar New Year holiday, which "extended into early March last year but was confined to February this year."

Chinese economic data in the first months of the year are distorted because many businesses close during the weeklong holiday, which falls at different times in January and February.

In the first three months of this year, total exports and imports fell 11.3 percent.

China's economy expanded by 6.9 percent in 2015, its slowest rate in a quarter century, and is expected to slow further this year as leaders engineer a transition away from unsustainable growth based on investment and export manufacturing. Beijing forecasts growth of 6.5 to 7 percent this year.

An update on the state of the economy is expected Friday when officials are set to release first-quarter GDP data.

The trade report follows other recent data that point to possible stabilization in China's economy, including an official monthly survey released earlier this week of factory purchasing managers that showed a strong rebound in activity.