VW Rejects Allegations It Didn't Give Timely Info on Scandal

The company faces suits at a court in Braunschweig, Germany, from shareholders. They argue that, under German law, VW should have disclosed information two weeks before it did. 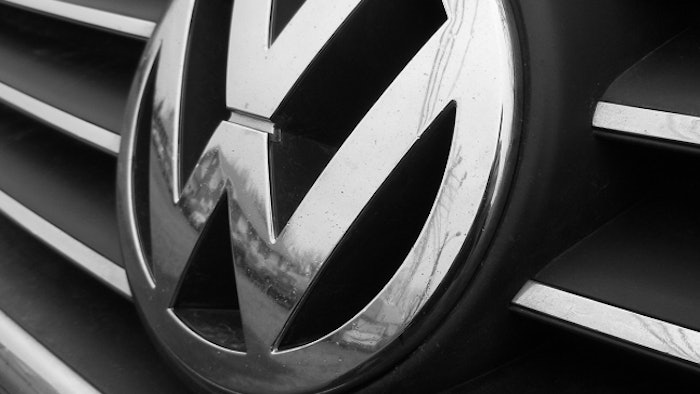 (AP) — Volkswagen has rejected allegations that it didn't go public early enough with information on its emissions-rigging scandal.

The company faces suits at a court in Braunschweig, Germany, from shareholders. They argue that, under German law, it should have disclosed information two weeks before it did. Volkswagen said that it "considers the German shareholder lawsuits to be without merit."

News of the scandal broke on September 18 when the U.S. Environmental Protection Agency said Volkswagen had installed software on 482,000 cars that enabled them to cheat on emissions tests. On September 22, Volkswagen said about 11 million diesel vehicles worldwide were fitted with the software.

The company's shares were battered by the announcements.

VW said in a statement that until September 18 "there were no indications whatsoever of information with relevance for the stock price" since the expectation was that only a "manageable" number of vehicles was affected, that the matter could be contained by "measures that were common in such cases" and that "fines in a two-digit or lower three-digit million amount would be imposed."

The company said it "promptly" reported the global risks once it had a "reliable data basis."

Longtime CEO Martin Winterkorn resigned on September 23, saying he was acting in the interests of the company but wasn't "aware of any wrongdoing on my part." The EPA was alerted to high emissions in VW cars by a 2014 report from the International Council on Clean Transportation.

In the statement, Volkswagen said a memo about the ICCT study was prepared for Winterkorn on May 23, 2014, and "included in his extensive weekend mail." It said that "whether and to which extent Mr. Winterkorn took notice of this memo at that time is not documented."

In November 2014, it said, Winterkorn received another memo that reported on "several then-current product defect cases" and mentioned a cost of some 20 million euros ($22 million) for "the diesel issue in North America." The diesel matter didn't initially receive "particular attention" at management level, it added.

On July 27 last year, "individual Volkswagen employees" discussed the diesel issue on the sidelines of a regular meeting attended by Winterkorn and VW brand chief Herbert Diess, Volkswagen said. It added that details haven't yet been reconstructed and it's unclear whether the participants understood that the software modification violated U.S. environmental regulations. Winterkorn, it said, "asked for further clarification of the issue."

Explanations from VW technicians at the end of August led the management board to realize that the software modification constituted a banned "defeat device" under U.S. law, Volkswagen said, and the company acknowledged the deception to U.S. regulators on September 3.