The AARP finds prices for existing drugs, driven entirely by manufacturer price hikes, have been rising more quickly since 2007 and likely will continue to do so.

Linda Johnson
Drugmaker mergers and low profit margins for generics have reduced the number of manufacturers of some generics so much that shortages of some are pushing prices up sharply. In addition, companies including Turing Pharmaceuticals and Valeant Pharmaceuticals International Inc. have bought rights to some old off-patent and generic drugs and jacked up their prices many times over.
Flickr

TRENTON, N.J. (AP) — The average cost for a year's supply of a prescription drug doubled in just seven years to more than $11,000 — about three-quarters of the average annual Social Security benefit.

That's according to the latest study of price trends for widely-used drugs conducted by AARP, the senior citizens advocacy group. It finds prices for existing drugs, driven entirely by manufacturer price hikes, have been rising more quickly since 2007 and likely will continue to do so.

AARP says its research shows drugmaker price hikes imposed one or more times a year are making prescription medicines increasingly unaffordable for retirees and many other patients. That's particularly true for people taking multiple drugs or needing long-term medication for chronic health problems, not to mention the uninsured.

An August poll by the Kaiser Family Foundation found 24 percent of Americans were having trouble paying for their medicines. That rose to 43 percent for those in poor health.

Retail prices for already-approved medicines often are increased 10 percent or more each year. That exacerbates the sting of six-figure prices for many newly launched drugs, plus exorbitant spikes in prices of some generic drugs with limited competition. Those trends have triggered multiple congressional investigations since last summer and made prescription drug prices a hot issue in the presidential race.

"Our concern with the prices we're seeing is that the overall trend is really accelerating," said Leigh Purvis, director of health services research in AARP's Public Policy Institute.

AARP's latest RxPrice Watch report, being released Monday, found the average retail price among 622 prescription medicines widely used by seniors more than doubled from $5,571 in 2006 to an "incredible" $11,341 in 2013, Purvis said.

That's unaffordable for the many retirees with low incomes and limited savings, she added. In 2013, the average Social Security benefit was $15,526 and medium income for Medicare beneficiaries was $23,500.

Prices for those 622 widely used drugs — a mix of generic pills, brand-name drugs and high-priced "specialty drugs" for complex conditions — jumped 9.4 percent alone in 2013, the most recent data AARP had. That jump was six times the 2013 general inflation rate and far above increases ranging from 3.6 percent to 7.6 percent between 2006 and 2012.

Specialty drugs for cancer, hepatitis C and rare diseases — many of them injected biologic drugs, which are produced inside cells rather than by mixing chemicals — drove the increase. The average widely used specialty drug cost $53,384 in 2013, 18 times the average annual cost for a brand-name drug ($2,960) and 189 times higher than the average price for a generic drug ($283).

Seniors are particularly hurt by the soaring drug prices, as Medicare plans generally require patients to share much more of the cost for their medicines than employer or other commercial insurance plans. For the priciest drugs, Medicare patients sometimes must pay half the cost, Purvis notes.

"This affects everyone," Purvis said, because even people who don't need prescription drugs are bearing part of the cost through higher insurance premiums and taxes that fund Medicare, the Veterans Administration and other government health programs.

For years, patients and insurers were able to hold down their overall pharmacy bill through increasing use of cheap generic versions of off-patent brand-name drugs, and generics now account for seven in eight prescriptions dispensed in the U.S.

Generic prices normally decline over time as additional manufacturers enter the market, and average generic prices had been falling about 4 percent annually until they began rising in 2012, Purvis said.

Drugmaker mergers and low profit margins for generics have reduced the number of manufacturers of some generics so much that shortages of some are pushing prices up sharply. In addition, companies including Turing Pharmaceuticals and Valeant Pharmaceuticals International Inc. have bought rights to some old off-patent and generic drugs and jacked up their prices many times over. 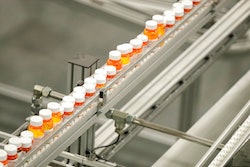 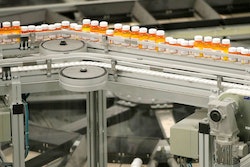 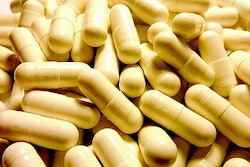 $3B Will be Wasted on Unused Cancer Drugs