The company said the move leaves it with more capital to focus on metal lithography, the craft on which it was founded over a century ago. 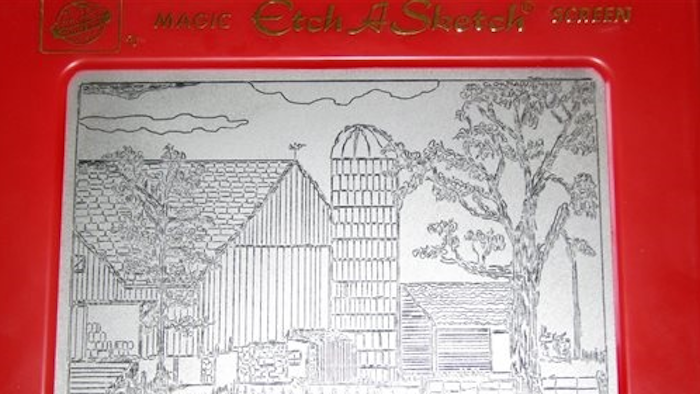 BRYAN, Ohio (AP) — The Ohio company that has produced or owned the Etch A Sketch for more than five decades has sold the classic toy to a Toronto-based toy firm.

Bryan-based Ohio Art Co. made the surprise move to sell the Etch A Sketch and its spinoff, the Doodle Sketch, to Spin Master Corp. for an undisclosed price. Ohio Art announced the sale Thursday.

"I think it's such an icon, it's a part of our everyday life here," Martin Killgallon, Ohio Art's president, told The Blade in Toledo (http://bit.ly/1RvGIyr). "It'll be bittersweet, but we had to look at the long-term future of the business."

The company said the move leaves it with more capital to focus on metal lithography, the craft on which it was founded over a century ago.

"Ohio Art is squarely focused on continuing to build its reputation as one of the premier metal lithographers in North America," CEO Elena West said.

The Etch A Sketch was created by a French inventor in 1955. The brand has been produced or owned by Ohio Art since 1960, when it bought the rights for $25,000 after executives saw it at a toy fair in Nuremberg, Germany, in 1959.

Production of Etch A Sketch and its spinoff was moved to China more than 15 years ago.