Consumers reduced spending, businesses cut back on investment and global problems trimmed exports. However, most economists expect growth to rebound in the current January-March quarter. 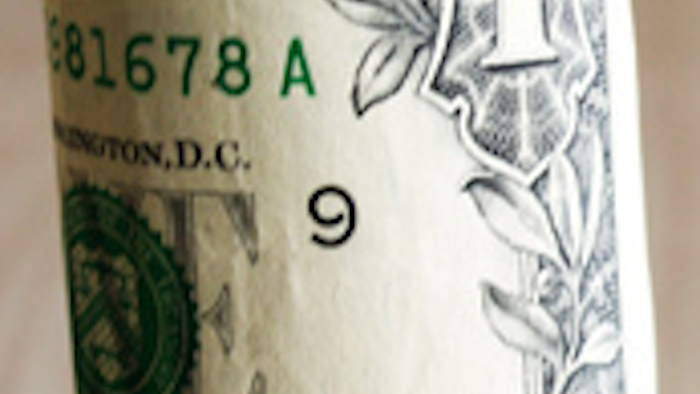 The U.S. economy's growth slowed sharply in the final three months of 2015 to a 0.7 percent annual rate. Consumers reduced spending, businesses cut back on investment and global problems trimmed exports.

The slowdown could renew doubts about the durability of the 6½-year-old economic expansion, though most economists expect growth to rebound in the current January-March quarter.

The government's estimate of the economy's expansion in the October-December period was less than half the two percent annual growth rate in gross domestic product in the third quarter of 2015. It was the weakest showing since a severe winter reduced growth to a 0.6 percent annual rate in last year's first quarter.

Paul Ashworth, chief U.S. economist at Capital Economics, called the disappointing fourth quarter performance a "temporary blip" and not "the start of a more serious downturn."

He said that GDP growth should rebound to a rate between 2.5 percent and 3 percent in the first half of this year as consumer spending picks up in response to further solid gains in job growth. For the year, Ashworth said he was forecasting growth of 2.5 percent.

Consumer spending accounts for about two-thirds of economic activity, and analysts are counting on the strong employment growth to fuel a rebound in the current quarter. Some, however, worry that China's economic troubles and sinking oil and stock prices could continue to dampen the U.S. expansion.

Friday's estimate of fourth-quarter growth was the first of three that the government will issue.

Besides consumer spending, another source of weakness last quarter was a drop in exports. It reflected, in part, a stronger dollar, which has made U.S. goods pricier and therefore less competitive on overseas markets. Persistent weakness in such key export markets as China and Europe hurt, too. A wider U.S. trade deficit cut annual growth for the quarter by 0.5 percentage point.

Another drag came from cutbacks in business investment spending, which fell at a 1.8 percent annual rate, with spending on structures down 5.3 percent. That reflected a 38.7 percent plunge in spending in the oil and gas industry, which has slashed drilling and exploration in response to the plunge in oil prices.

In addition to their reduction in investment, businesses cut spending on stockpiles to try to pare unwanted inventories. That effort trimmed growth by 0.5 percentage point in the fourth quarter.

For all of 2015, the economy grew 2.4 percent, matching the growth in 2014. Both years improved on a 1.5 percent increase in 2013. The 2015 growth continues the economy's pattern of subpar growth since the Great Recession officially ended in June 2009.

For 2016, economists have forecast another year of modest growth of around two percent. At the same time, they have nudged up the likelihood of a recession this year. While still low, the likelihood is now put at around 20 percent, though most analysts still see an outright recession as unlikely.

This week, the Federal Reserve issued a cautious assessment of the economy. The Fed left interest rates unchanged after having raised its benchmark short-term rate in December from record lows. Many analysts think that economic weakness, subpar inflation and global pressures will cause the Fed to slow its pace of rate hikes this year from what had been expected to be four increases to perhaps only two.

Economists expect strength in the domestic economy this year to offset weakness in export sales and in the U.S. energy sector.

While economic growth was lackluster last year, hiring was not. The economy added an average of 284,000 jobs a month in the final quarter of last year. The unemployment rate ended the year at a low five percent.

Mark Zandi, chief economist at Moody's Analytics, has said he expects strong job growth to keep lowering unemployment and to help boost wages, which have lagged in this recovery. He said the extra consumer spending, which will be aided by lower gas prices, will likely support economic growth of around 2.5 percent in 2015.

Growth at that level is above the economy's potential right now, which many analysts put at around two percent, reflecting a slower pace of people entering the job market and slower productivity growth.