The End of U.S.-Chinese Trade Would Be Catastrophic

President Donald Trump tweeted on September 3 that the U.S. “is considering, in addition to other options, stopping all trade with any country doing business with North Korea” after it performed a nuclear test.

Though North Korea currently trades with nearly 100 countries, this threat was almost certainly aimed at China, by far its biggest trading partner.

And it is technically something that a U.S. president can do. Under the International Emergency Economic Powers Act of 1977, the president can impose trade restrictions in the face of an “unusual and extraordinary threat.”

This is because the damage to the U.S. economy, the global economy and international relations due to a cessation of U.S.-Chinese trade would be catastrophic, so much so that it is nearly impossible to predict exactly how it would play out.

Some have tried to do this anyway, such as by citing the value of American trade with China, which was about US$650 billion in 2016, or around 4 percent of U.S. GDP. Some simple thought experiments illustrate why this barely scratches the surface of the impact.

The scale of the damage would primarily be due to the fact that global supply chains have become so complex.

A common example is Apple’s iPhone, whose components are sourced from dozens of countries, with China playing a major role. And that’s not just due to China’s relatively low labor costs. In many cases a supplier has been chosen because it has particular expertise.

Or, in some cases, a supplier has grown so large and efficient that it dominates the market for a key element of production, such as the vast iPhone assembly operation run by Foxconn in Shenzhen, China. Much of this work would be very costly, or impossible in the short run, to source elsewhere.

In other words, if you were eagerly anticipating the 10th anniversary of Apple’s flagship device, you’d probably have to wait a lot longer than expected. And it would cost Apple a lot more to make without Chinese components and labor, which would probably be passed on to consumers.

Focusing only on the value of trade between the U.S. and China misses a big part of the immediate impact if Trump were to carry out his threat. Suddenly, U.S. production of everything from toasters to T-shirts that depend on Chinese workers for any part of the production process would also shut down.

Affected American companies would then spend the next several months either trying to find new sources for those “inputs” – such as labor, energy or raw materials – or find a way to circumvent the policy, such as relocating their headquarters to another country. This could lead to a long-run loss of jobs and corporate tax revenues for the U.S. economy.

More generally, it is not clear that U.S.-based multinational companies could continue to do any business in China, the world’s largest consumer market.

For instance, consider the Dallas-based convenience store chain 7-Eleven, which operates in 16 countries, including China. Convenience stores are currently a booming industry in China, and 7-Eleven is well-positioned to succeed in the market. This success will almost certainly generate jobs in the Dallas headquarters.

But 7-Eleven is also dependent on trade in services between Dallas and its Chinese outlets since, as a franchise, it licenses its brand to Chinese operators, and the revenue from these licenses is recorded as a U.S. export of services. Many U.S. companies face similar situations. As a result, a cessation of U.S.-China trade would severely hamper American companies whose growth prospects are currently focused on the Chinese market.

In fact, the Department of Commerce estimates that trade with China supports nearly a million U.S. jobs, and others suggest that the number is much higher.

Farther Down the Chain

The repercussions don’t end there, of course.

Companies in France, Germany and elsewhere rely on American suppliers for key components to make their products – from computer chips to jet engines. And many of these U.S. companies invariably rely on Chinese businesses, in turn, to supply components they need to build those chips and engines. These U.S. companies would clearly be hard-pressed to stay in business without their Chinese partners.

This connection highlights the impact of U.S.-China trade on other nations: If it ended, these German and French companies would need to find new suppliers of chips and engines to make their computers and airplanes – and in some cases few alternatives exist. In addition, all of their other suppliers would suffer if they’re unable to find new sources of chips and engines. And so on down the supply chain.

Because today’s global economy is so complex and integrated – with the U.S. at the center of it all – it’s difficult to find a suitable historical comparison. However, in terms of the scale and motivation for the policy, the closest event may be the self-imposed U.S. embargo enacted by the Jefferson administration from 1807 to 1809.

In that case, the U.S. effectively ceased trading with the world, with the goal of inflicting economic costs on Britain, which had been harassing ships off the U.S. eastern coast. The policy, however, failed to achieve its goal of changing British behavior, while the cost to the U.S. was significant, at about 5 percent of GNP.

Today, the cost of cutting off trade to China would be much greater. In 1807, trade was primarily in finished goods, and supply chains were primitive. Now, two-thirds of international trade is in “intermediate goods,” or products that make up other products (like computer chips and jet engines). Cutting one link in a supply chain can bring down the entire production process.

Finally, and somewhat ironically, cutting off trade would give China one less reason to listen to the U.S. on a range of topics – including reining in North Korea. 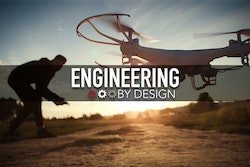