For small, rural towns it's a story repeated throughout the nation: Young adults tend to leave and relocate to areas that offer better employment and educational opportunities.

In this photo taken Friday, July 14, 2017 Leslie Briley, background, helps a customer at Bakers' Southern Tradition Peanuts in Roxobel, N.C. located in Bertie County. Riley grew up in Roxobel, a town of 220 people in northwestern Bertie County, returned after graduating from college in Wilson and now works at a growing family-owned peanut business.
AP Photo/Gerry Broome

LEWISTON-WOODVILLE, N.C. (AP) — Tucked away in northeastern North Carolina is Bertie County —a rural, primarily black community in one of the state's poorest areas with many of its fastest-shrinking towns.

There are plenty of pothole-marked roads, mobile homes, and overgrown lots of weeds and shrubs scattered among fields of tobacco, cotton and sage. But there aren't many stores, banks or other businesses.

"This part of the state is forgotten," said Larry Drew, mayor of Aulander, a town that has seen its population drop by over 9 percent, from 895 people in 2010 to 813 in 2016. And last year, it lost its largest employer — a peanut factory.

Aulander isn't alone. Bertie County is home to seven of North Carolina's top 10 towns with the biggest percentage decline in residents from 2015 to 2016, according to data from the UNC Carolina Population Center.

The South's large cities, those with at least 50,000 people, grew by 1.3 percent from 2015 to 2016, figures from the U.S. Census Bureau showed. Towns with populations under 5,000 grew only 0.2 percent, and a lot of that growth came in neighborhoods on the edges of bigger metropolitan areas, experts said.

For small, rural towns it's a story repeated throughout the nation: Young adults tend to leave and relocate to areas that offer better employment and educational opportunities.

They tend to raise their families where they move, so there are fewer children in these places. In Bertie County, 19 percent of its population is 65 years or older, compared with 16 percent statewide.

In Bertie County, industries that once thrived — several lumber mills and a herring packing plant in Colerain, for example — are now shuttered. With an economy that relies heavily on agriculture, there are limited good-paying jobs for residents, about a third of who officials estimate live below the poverty line. The county's largest employers include a Perdue chicken processing plant, which has about 2,000 workers, and a nearby state prison.

Lewiston-Woodville, population 494, has seen a 10 percent drop of 55 people in six years, the steepest in North Carolina. The western town has had trouble staffing emergency services positions, officials said. One of its commissioners, James Pugh, serves as a volunteer firefighter, and just recently, the town swore in its only police officer after going without one for some time.

A lack of decent cellphone reception and internet service can deter businesses from moving to these areas, said Ken Johnson, a demographer at the Carsey School of Public Policy and professor at the University of New Hampshire.

"Twenty years ago, the question might have been 'are roads good enough?' Now, the first questions potential employers are asking are 'what's the internet service like?'" Johnson said.

Not all small towns are struggling. Those on the outskirts of metro areas have done reasonably well thanks to their proximity to larger cities that allows people to be closer to their jobs, shopping, hospitals and recreation, Johnson said.

Despite its challenges, Bertie County officials said they're committed to revitalization and have purchased a waterfront property, which it plans to use as a beach and recreational area. Its community center, The Hive House — with school programming, a technology and education center with Wi-Fi, and a food pantry — is being renovated. There's a fairly new high school equipped with the latest technology, and plans for a new interstate between Norfolk and Raleigh have officials predicting an economic boost.

Regardless of data projections, experts say there will always be a place for small towns because they offer something most larger areas don't: a sense of community.

"Everyone knows everyone and will come to someone's help if needed," Johnson said.

Leslie Briley, 24, who grew up in Roxobel, a town of 220 people in northwestern Bertie County, returned after graduating college in Wilson to help care for her aging grandfather and now works at a growing family-owned peanut business.

"I've known people in the past who have worked here. And it's just a small, little place, but I saw the potential and the growth — and I was happy to be a part of it," said Briley who is helping her grandfather with the company.

While she's hopeful about the town's future, Briley — who plans to stick around and is considering buying a house nearby — said young people need more things to do if they're going to stay.

"Right now you kind of just pass through Roxobel," Briley said. There's not much, but if we can have events, new stores ... make it an interesting place to be.

"I love small towns," she said of why she'll stay. "I like the small community and helping be part of things." 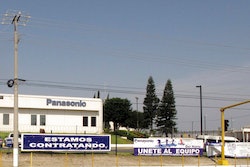