These companies have woven themselves into the fabric of our daily lives. 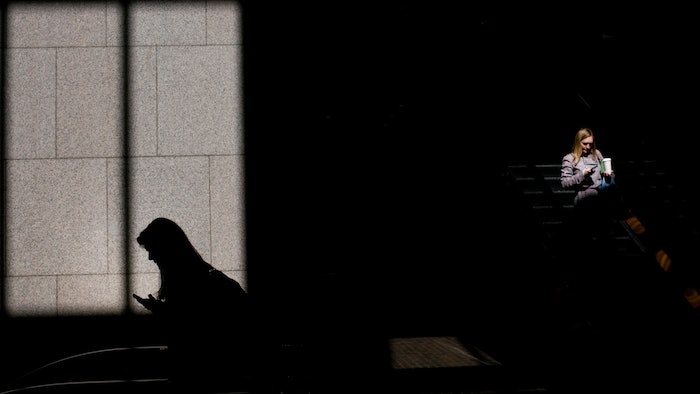 In this June 1, 2018, file photo, commuters look at their phones in Los Angeles. Technology giants like Facebook, Google and Amazon ask us to trust them with ever-more sensitive aspects of our lives, from our relationships to our private conversations. But there’s a catch: If they prove unworthy of that trust, the repercussions are scant and alternatives seem hard to find.
AP Photo/Jae C. Hong, File

NEW YORK (AP) — If technology giants like Facebook, Google and Amazon face a common threat to their dominance, it probably lies in a single word: trust.

In some respects, these companies are riding high. They have woven themselves into the fabric of our daily lives, making their services indispensable for daily tasks like keeping in touch with family and friends, watching TV and buying cat food. Revenues are up and profits are soaring.

But they've also drawn the attention of regulators in Europe and the U.S. thanks to carelessness with consumer data and other problems. Facebook's leaky data controls, for instance, let Cambridge Analytica mine the profiles of up to 87 million people in an attempt to swing elections. The social network has also had to beef up manual oversight to clamp down on the spread of fake news.

Google's YouTube has likewise been implicated in the spread of political conspiracy theories. Not long ago, Amazon's always-listening Echo speaker inadvertently recorded a family's conversation at home — and then sent the recording to someone else.

Some of these issues are systemic; others may be little more than the growing pains of new technologies. What they all fuel, though, is a sense that technology may not always warrant the implicit faith we place in it.

Companies have to realize "that trust isn't digital," says Gerd Leonhard, a futurist and author of "Technology vs. Humanity." ''Trust is not something that you download. Trust is a feeling. It's a perception."

Trust looms large in modern life. We still get on airplanes even though they sometimes come apart in flight . We go to hospitals even though medical errors sometimes kill patients. These services are too important to live without, despite the occasional disastrous error.

But those industries are also heavily regulated because of the risks involved. Technology companies, by comparison, are largely unconstrained.

Trust issues could be especially acute for technology companies, since their services are effectively omnipresent yet largely inscrutable. You can't audit Google's algorithm to see why it's giving you certain search results the way you can watch your bank balance. You just have to trust that the company is upholding its promises.

Yet so far, such concerns don't loom large for most consumers. "That trust is eroded, but the uncomfortable thing is no one really cares," says Scott Galloway, a New York University marketing professor. "As long as they trust that technology will improve their lives, they don't appear to care about the other stuff."

A 2016 survey from the Pew Research Center, for instance, found that only 9 percent of users were "very confident" that social media companies could protect their data. More than half had little or no confidence. Yet a January survey from Pew found that 69 percent of U.S. adults use social media, unchanged from 2016.

Shaky consumer confidence can still limit the time people spend on Facebook or curb their enthusiasm for new boundary-pushing services. Amazon, for instance, now wants its delivery people to leave packages inside your home or car. That's not going to fly if you're worried about Amazon exploiting its access to your private spaces.

But tech giants have fewer worries about consumers defecting to their rivals, in part because they each do their best to lock users into their array of complementary apps and services. That doesn't stop them from sniping at one another, of course. Apple, for instance, has emphasized its privacy protections to highlight its differences with Facebook and Google. But it's also reportedly seeking ways to expand its ad business, which would bring it into more direct competition with its two rivals.

History does offer a cautionary tale for tech companies that grow too complacent. Roughly a decade ago, Microsoft's dominance in personal computers seemed impregnable, even after a bruising antitrust fight over its Windows monopoly. Then came the iPhone, which Microsoft ridiculed — at least until the mobile computing wave it unleashed swamped the Windows PC.

Could a similar shift today tap into underlying consumer discontent and topple today's tech giants? Perhaps, although it's not clear exactly how.

One possibility could involve blockchain, the technology that underlies bitcoin and similar cryptocurrencies. Some enthusiasts have begun to talk about blockchain-based social networks that could operate without central authorities such as Facebook, which in theory could also minimize privacy risks. But that could take years, if it comes to pass at all.

In the meantime, developments in artificial intelligence could make things even worse on the trust front. Some researchers are using AI systems to create realistic — but wholly fabricated — videos of famous people. In one, former President Barack Obama is made to "talk" about a shooting ; in another, President Donald Trump gestures in front of a fake photograph .

Google recently unveiled a digital voice assistant called Duplex that can sound convincingly human while booking appointments over the phone. Google says that bot will identify itself as nonhuman when making such calls — but it's not hard to imagine robocallers developing similar, but less scrupulous, technology.

Others are pitting AI networks against each other to hone their abilities to deceive and detect deception — for the moment, primarily in digital images. Applied to other uses, however, this technology could fundamentally test our trust in one another and society's institutions, says Matthew Griffin, a U.K. consultant and futurist. 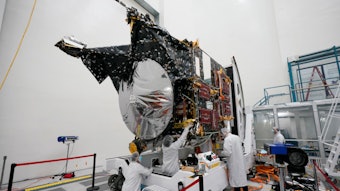 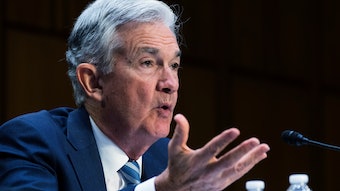