The shooter was tracked down at a bus station about 170 miles away.

The shooting happened at around 7:00 am. It was shift change at the Dart facility that makes food and beverage containers, and it created a panic.

Golden wasn't arrested until hours later when he was tracked down at a bus station about 170 miles west in Alabama. He is charged with murder.

Authorities don't yet know if the shooting was random or if Andrews was targeted. However, Golden, a temporary employee, entered the plant, shot Andrews and left before police arrived. Andrews died at the hospital.

The building was evacuated while authorities searched for the shooter. Coworkers were bused to a nearby church and interviewed by investigators.

A Dart spokesman said the company was grateful for the managers who helped safely evacuate the building. The plant will remain closed until further notice and counseling will be made available to employees.

Andrews joined the company as a utility worker in June 2018. According to his grandmother, his shift was just ending at the time of the shooting.

Update: According to the Atlanta Journal Constitution, Golden has been extradited to Georgia after being arrested in Alabama. He faces charges for murder and possession of a firearm during the commission of a felony. 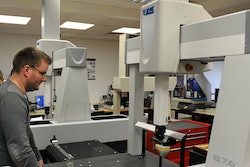 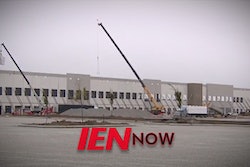