The National Council for Occupational Safety and Health (National COSH) has released the 2019 Dirty Dozen, its annual list of employers who expose workers and communities to unnecessary risks. This year, the list includes one repeat offender as well as some new arrivals from the manufacturing sector.

Another 95,000 workers die annually in the U.S. from cancers, diseases and illnesses associated with long-term exposure in the workplace.

According to COSH, the accidents can be attributed to a lack of oversight and resources. U.S. OSHA now has 875 inspectors to cover 9 million U.S. workplaces, which means it would take approximately 158 years for OSHA to inspect all workplaces under its jurisdiction.

If you take away anything from the report, remember $7,500. According to COSH, $7,500 is the price of a human life -- or at least the median fine following a workplace fatality.

Here is a look at the five companies from the industrial and manufacturing markets.

The lone repeat offender, Amazon made the Dirty Dozen because six workers have died at U.S. Amazon facilities or operations since November 2018. All six were contract workers rather than full-time Amazon employees.

Recent investigations have uncovered troubling incidents, including a high number of suicide attempts, workers urinating in bottles because they are afraid to take breaks and workers left without resources after on-the-job injuries.

In one accident, two contract workers Andrew Lindsay and Israel Espana Argote died when the wall of an Amazon warehouse collapsed during a severe storm in Baltimore in November 2018.

The harassment includes unwanted touching, solicitations for sex and crude comments, and two women were fired after filing complaints with the U.S. Equal Opportunity Employment Commission.

In a January 2019 settlement, the company agreed to a $675,000 settlement to be shared by the women who originally filed complaints as well as others who came forward.

In early 2018, IEN reported on an accident at Genan, a tire recycling plant in Sheldon, Texas. 26-year-old Byron Jones was on his fourth day on the job when he was pulled into a tire shredder and killed.

A subsequent OSHA investigation hit the company with 20 citations with recommended fines of over $200,000. The fines were later reduced to $100,000.

Purdue Pharma and the Opioid Industry

Next, the Dirty Dozen targeted Purdue Pharma and the opioid industry as a whole.

According to COSH, U.S. workers are among the primary victims of America’s opioid crisis. According to the Workers’ Compensation Research Institute, between 55 and 85 percent of all workers who are off work for more than seven days receive prescriptions for opioids.

According to COSH, executives at Purdue Pharma specifically target patients with workplace injuries – and their doctors -- to boost sales of OxyContin.

Workers in industries with high injury rates are more likely to die from opioid overdose.

The final Dirty Dozen entry is XPO, a shipping and logistics company that owned a Memphis warehouse where one worker died and six women suffered miscarriages in an overheated, high-stress warehouse.

According to COSH, the pace of work at the Memphis XPO warehouse was brutal. Shifts were frequently 12 hours or longer, with inadequate rest breaks, while management demands that workers pack 120 boxes every hour.

After a New York Times article, a call for a Congressional investigation and a union campaign, XPO announced that it would close the Memphis warehouse and offer workers jobs at other XPO warehouses. As of mid-April, many workers at the warehouse still do not have information about possible new assignments. 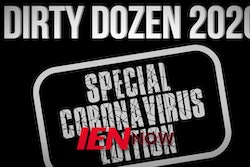 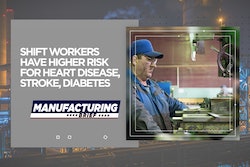