A 64-year-old plant manager died and a 36-year-old co-worker has been hospitalized.

Orizon Industries is a Brookshire, TX-based division of Spitzer Industries, a custom steel fabricator that manufactures specialized equipment, primarily for the oil and gas industry.

Local authorities believe that Parnell was the target and the attack on Rangel was random.

After the incident, Parker fled the facility and, as of press time, had yet to be apprehended by authorities.

According to Spitzer Chief Operating Officer Milo Thibeadeau, Parnell had been with the company for more than 20 years. Parker had only been on the job for about six-to-eight months as a quality manager.

According to a report from the Associated Press, Thibeadeau wasn't aware of any prior problems between the plant manager and the alleged murderer.

Thibeadeau believes that he altercation started in an office and spilled into the workshop. Rangel, in injured employee, worked as a fitter in the workshop.

UPDATE: Evan Parker was apprehended on Thursday afternoon. According to KTRK, he allegedly confessed, stating that he felt picked on at work.

According to the report, Parnell was planning on retiring this year. 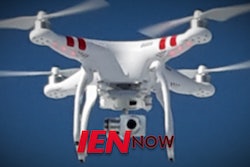